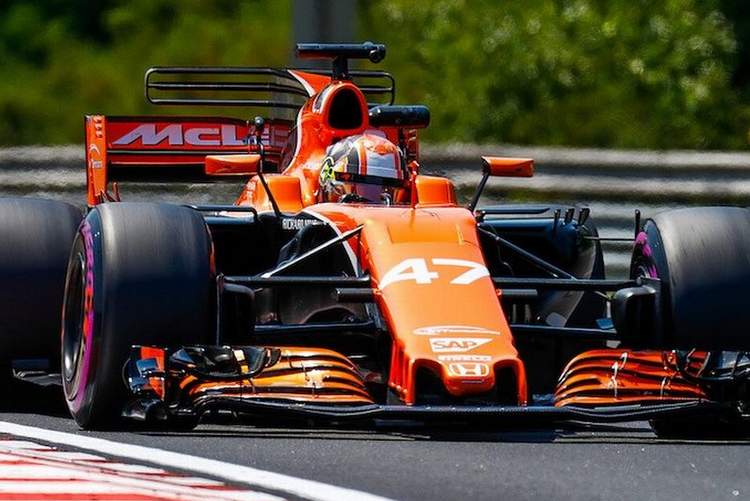 McLaren have concocted a busy programme for next season as they groom their rising star Lando Norris, but it is unlikely that the eighteen-year-old will be given FP1 sessions in 2018 as team chief Eric Boullier is not keen on such an arrangement.

Such is the high regard that McLaren have for the teenager that they have handed him reserve duties for the team in F1 next year, replacing veteran Jenson Button in the role. They have also secured a full Formula 2 campaign for Norris with Carlin in 2018.

Boullier said of their young driver’s schedule, “I hope that he will one day drive for McLaren – that’s why we took him on board. But first is Formula 2 – a good sporting challenge for him.”

With limited testing in Formula 1 these days, FP1 sessions have become the logical way for up-and-coming drivers to gain experience during grand prix weekends.

However, this would mean the team forcing either Fernando Alonso or Stoffel Vandoorne to sit out the first Friday practice session on select weekends. It is highly unlikely that Alonso will accept such a scenario, thus it would be Vandoorne who would sacrifice his car and valuable track time for Norris.

Needless to say, the youngster is keen and reportedly requested FP1 sessions be slotted into his busy schedule for next season.

But Boullier is against the idea, “[Lando] will spend a lot of time in the simulator and he will have the opportunity to test. He was also pushing to get some FP1 outings, but I am not a fan of this. But he will still have a busy life!”