Hamilton: I have that same mindset now for next year 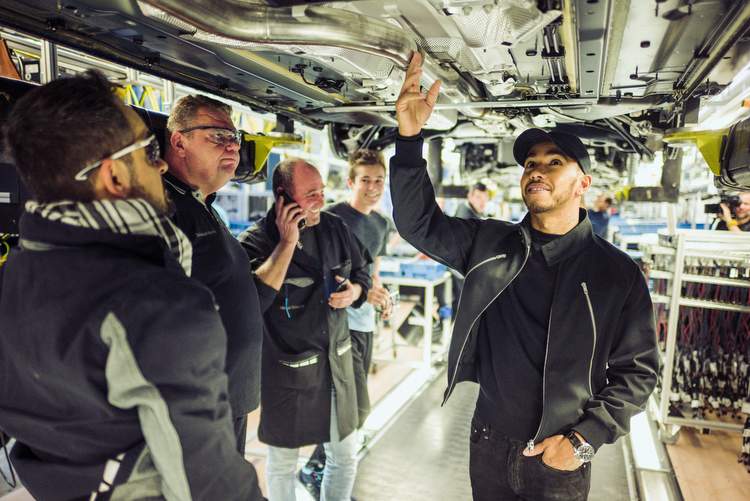 In the wake of the 2017 season ending in Abu Dhabi, the season’s Formula 1 World Champion Lewis Hamilton was a very busy man making visits to Petronas HQ in Kuala Lumpur, the team factory in Brackley and more recently visiting workers at the Mercedes-Benz plant in Sindelfingen where he spoke about the season past and his plans for the holidays.

Hamilton’s challenge for the title got into gear after the summer break, but he is adamant that he had his eye on the title from the moment engines roared to life at the season-opening Australian Grand Prix.

Asked when he felt confident of winning his fourth title, Hamilton revealed, “When I arrived for the first race. That’s my mindset every season. I have that same mindset now for next year. When I’m training and preparing for a new season, I firmly believe that we can be contenders for the next championship.”

“It may turn out to be not possible, but you have to have that mindset. If you go in with expectations of finishing fifth, it’s not going to work. You’ve got to gear yourself up to win.”

“Next year, McLaren will have Renault engines, then we may see four teams fighting for the championship. I think Red Bull will be quicker and Ferrari for sure will be fast again. We can’t stand still – we have to keep moving forwards.”

In summing up his year Hamilton said, “It’s been an amazing season but by no means a perfect one. There are always areas you can improve on. I won nine races and Valtteri won three, but there are 20 races, and a perfect season is when you win every single one of them. But it’s a positive thing, because it means you can always improve.”

“It was definitely one of the strongest seasons we’ve ever had. The beginning of the season was a little bit up and down, but the second part of the season was very consistent. Reliability has been the best it has ever been.”

“In terms of my performance, my starts were much better this year, and I was much more comfortable with this year’s car so that I was able to extract a lot more from it race by race.”

After a tense season and an appointment packed aftermath, Hamilton is looking forward to relaxing and recharging, “I go to the same place in the mountains every year. I have my dogs, I’m in the snow, and it’s very quiet and peaceful there. I spend most of the day sitting by the fireplace.”

“We go skiing, watch some movies and catch up with some TV series. I’ve never even seen any of Game of Thrones. My friends and especially my brother are huge fans, and I think I’m going to get into it in the winter,” concluded Hamilton.