Drivers unite amid concern over future of Formula 1 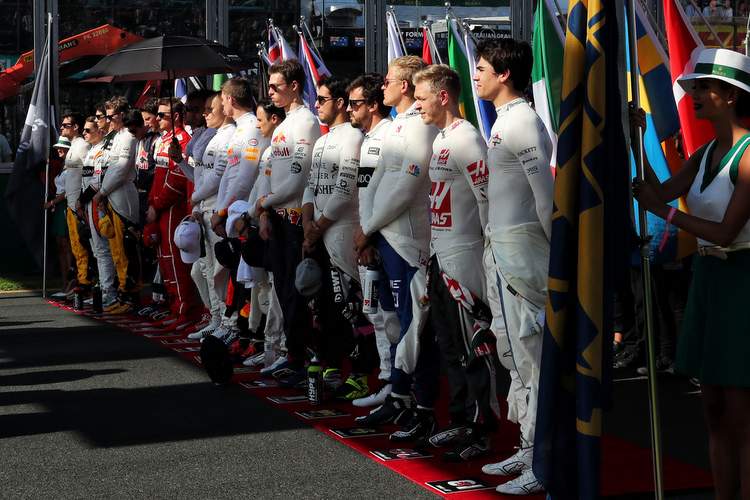 Formula 1 drivers, including four times World Champion Lewis Hamilton, have shown rare solidarity by all signing up for the Grand Prix Drivers’ Association (GPDA) amid concern for the sport’s future direction.

GPDA chairman Alex Wurz told the BBC that the Monaco-based drivers’ organisation now had 100 percent membership “for maybe the first time in history.”

Hamilton, who clinched his fourth f1 world title with Mercedes this year, has not been a member in recent seasons while others who had been outside the body had included Ferrari’s 2007 champion Kimi Raikkonen.

Wurz said Formula 1, whose ownership changed in January with U.S.-based Liberty Media taking over, was entering “a period of evolution, change and perhaps even a degree of turmoil.”

And added “[The drivers] recognise they must be united and represented to face that challenge.”

The contracts between teams and commercial rights holder mostly expire at the end of 2020, as does the agreement on what kind of engine the sport should use.

Ferrari, Formula 1’s oldest and most successful team who also get special payments and enjoy a right of veto, have threatened to leave if they deem changes go against their interests.

Former F1 racer Wurz said the main concern was the risk of key values being diminished.

The Austrian said the drivers wanted “to prevent any politics or power fights from ultimately compromising on-track performance. The drivers believe unity is fundamental for the sport’s success”.

Rule changes this year have made the cars faster and harder to drive, a move welcomed by those on the starting grid, while Liberty Media have brought in experts to address other issues such as improving the show and noise levels.

“We can’t be naive about the situation F1 is in, with its complicated governing rules and agreements between various key stakeholders,” said Wurz.

“Business decisions and political power fights have damaged the sport enough at exactly such vulnerable times over the last decade.”

“We are all particularly proud that the new cars, with their faster cornering speeds, had such great effect,” Wurz said. “The drivers love them and we have seen an instant increase in viewership and followers.

“The GPDA pushed for this rule direction for the last three years. Happy drivers are F1’s best sales tool.”

But concerns remain among the drivers. these are them:

Wurz continued, “We are glad that Liberty and their technical research team followed the GPDA’s suggestion from more than a year ago, where we wished for a less sensitive airflow concept of aerodynamic-related rules in order to be able to race closer. That’s just one example and one of many the drivers have in mind.”

“We don’t need a seat at the table, because the drivers are in the driving seat anyhow. Besides, I would be surprised if any of the key stakeholders would invite the drivers to the F1 decision-making table.”

“The GPDA demands only that the sport remains the centre of attention and we want to hold everyone in the decision-making process accountable for their actions and decisions.”

“All adjustments to the sport should only be done and conducted in the best interest of the sport and not of any one individual. This is what unites the drivers; the sheer will to keep F1 as the pinnacle of motor racing,” explained Wurz.

French driver Romain Grosjean said earlier this year after being appointed a director of the GPDA that nearly half the grid at that time were not members.

“Missing quite a few of the paddock. Some just don’t give a damn… and I think it’s the wrong point of view,” the Haas driver said at the time.”

“There’s a big change in Formula 1 and if we were 20 drivers, out of 20 drivers racing, in the GPDA then we could have a very strong impact and we need to be all united to do something,” added Grosjean.

Big Question: Do drivers have a right of say regarding the future of Formula 1?