Hartley: The learning process was steep and very important 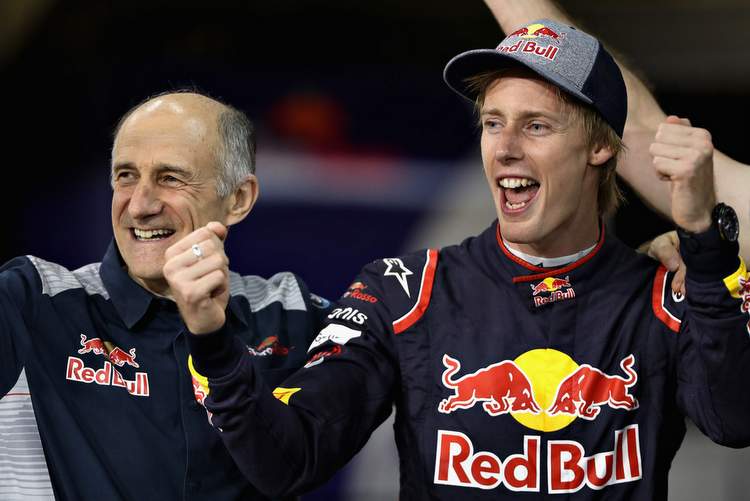 Much was expected from Brendon Hartley when he made a surprise return to the Red Bull fold after his call-up for the United States Grand Prix, but a host of engine issues conspired against him and as a result, his induction to Formula 1 was a tough one.

Hartley’s first four races in Formula 1 were dogged with technical issues, engine penalties plaguing him to the point that he never started from the grid position in which he qualified in on all four occasions.

Nevertheless, Toro Rosso kept the faith and handed the New Zealander a contract for 2018, in which the WEC World Champion will spearhead the team into a new era with Honda power.

Speaking at the FIA Prize Giving Gala, Hartley told reporters, “The learning process was steep and very important. I’m not going to lie it was touch, especially with eight weekends on the trot.”

“That was a good experience for me. To learn what that takes out of you, what areas you need to improve. That was the perfect introduction into Formula 1 in terms of preparing a season. Having some real racing experience to start next year.”

“I’m looking forward to having a bit of a break, recharging the batteries, and coming back strong next year.”

For 2018 Toro Rosso have swapped Renault from customer power to what is in effect works engines from Honda, but the Japanese manufacturer have had untold problems with their power units which resulted in a divorce from McLaren who now will be Renault power.

Hartley said, “I’m hearing a lot of positive things out of Toro Rosso and out of Honda. I can’t wait to work alongside them next year and hopefully prove my worth in Formula 1.”

Hartley’s return to Formula 1, at the age of 27, was a big surprise as he had been ditched from the Red Bull F1 programme back in 2010 by Helmut Marko. But crucially he stayed in touch and even had backing from the fizzy drinks organisation during his highly successful tenure with Porsche in WEC.

Hartley revealed, “I made the call to Helmut Marko which was more or less before the Hungarian Grand Prix. I knew there was maybe some opportunity to do a test, simulator driver, all those things that was maybe to prove myself again. At the time I didn’t believe I was going to be making my Formula 1 debut this year or even next year!”

“I never believed they would put me into straight into a grand prix without testing or having that confidence in me to do that. Massive kudos and respect to Helmut and everyone else involved, to take that risk and put the trust in me that I could do the job,” added Hartley who will partner Pierre Gasly at Toro Rosso next season.

Big Question: Has Brendon got the right stuff to succeed in Formula 1?