Abiteboul: Sainz has brought lots of energy and motivation 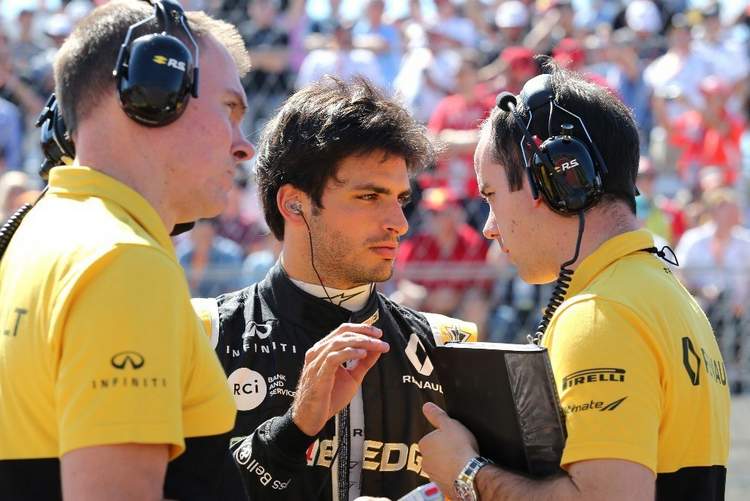 Renault had their eye on Carlos Sainz for most of this year and finally managed to get him into the team from Toro Rosso for the four last races of the season, in the short space of time the Spaniard impressed his new boss Cyril Abiteboul.

In an interview Abiteboul revealed, “[Carlos] has clearly brought lots of energy, he’s brought his motivation, his willingness to continue to progress and to continue to show what he’s capable of outside of the sort of Red Bull environment which is a very good environment but sometimes also a strong environment for a driver to cope with.”

“So he’s done that, he’s also scored some points. But also he’s shown some very useful directions for the development for next year because he’s coming from a different environment. He was capable of bringing some ideas, suggestions.”

“He’s got a very good understanding of the mechanics of the car, the fundamentals of the car – and it’s coming at a time when things were not complete for next year, so that’s very useful and we are happy to have made that decision.”

“Pit stops have been one of the two big problems for the team this year, as well as reliability. That’s one of the focuses of the winter. We are changing the organization a bit to really focus on that. The wheel nuts for next year are already designed because we don’t want any of that anymore,” added Abiteboul.

Indeed Sainz was forced to retire at the season finale when he was sent out after his pitstop during the race with a loose wheel.

Sainz’s loan deal with Renault runs for 2018, with Red Bull keeping their options open for the 23-year-old should Daniel Ricciardo decide to depart the energy drinks outfit at the end of 2018 when his contract runs out.

Should this be the case Sainz is likely to partner Max Verstappen at Red Bull for 2019 and beyond.

Big Question: Is Carlos as good as Max?