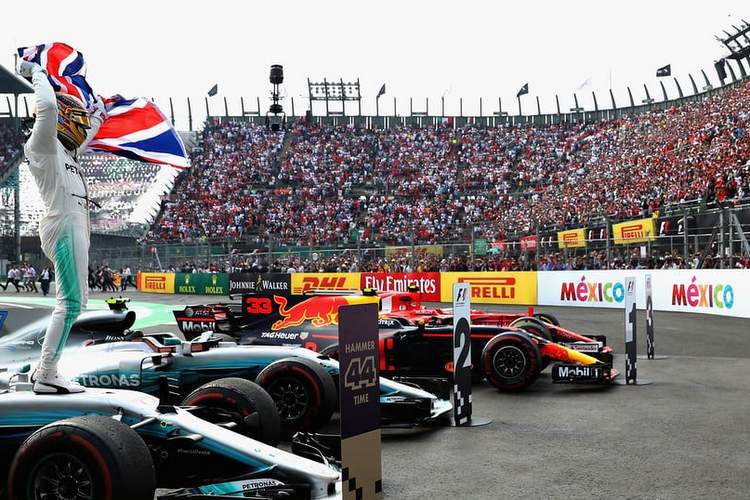 Formula 1 saw an eight percent increase in the number of fans attending races during the 2017 season, with 13 of the 20 races reporting bigger crowds, according to figures published by the sport’s commercial rights holder.

Monaco and Abu Dhabi reported no change while five, including two of the races with the biggest overall turnout, saw slight decreases on 2016.

Formula 1 said in a statement that the season’s global average attendance per three-day event was 203,570 and 76,722 on race Sunday.

The total attendance over the 20-race season was 4,071,400 and is set to grow next year with an extra race added to the calendar. The 2017 season was the first under new U.S.-based owners Liberty Media.

“An attendance of more than 200,000 per event means that for 20 weekends per year, the population of a medium-sized city visits a racetrack to watch a Formula One Grand Prix,” said commercial managing director Sean Bratches.

The Mexican Grand Prix was named the best race of the season for the third year in a row. The award is decided by Formula One management in consultation with teams and stakeholders.

“This is the first time ever that the same city gets three in a row,” race promoter Alejandro Soberon told Reuters at the governing FIA’s end-of-season awards in Paris.

“I think we are going to continue doing bigger and better every time,” added Soberon, president and chief executive of the CIE Group that hosts the race with government backing.

The Australia Grand Prix also won the award in three successive seasons but one of those was in Adelaide before the race moved to Melbourne.

Soberon said the award was all the more meaningful this year since the Oct. 29 race came after devastating earthquakes in September.