Inside Line: The road to Formula 1 only for rich kids 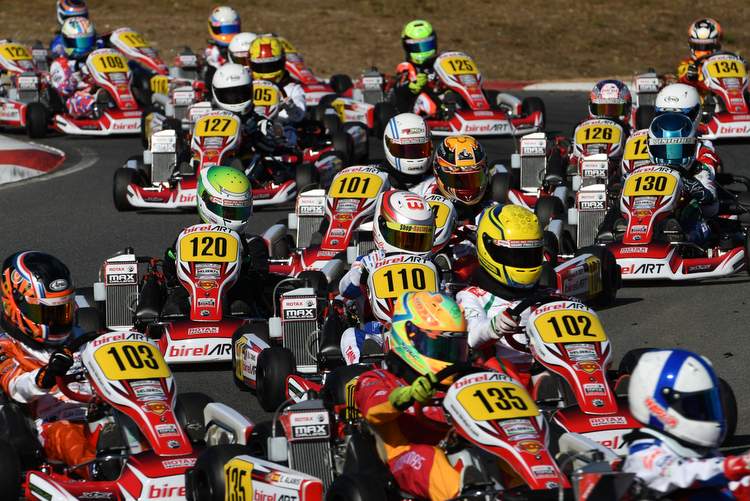 How much money does it take to get a young driver from karting, through the junior categories, to knocking on the door of a Formula 1 team? It is a question faced by many fathers who dream of taking their karting sons to the pinnacle of the sport.

For the sake of this piece, let’s create a fictitious young race driver and let’s call him Johnny Speed, a 14-year-old racer who happens to be a prodigious talent. Already he would have completed five or six successful years of junior karting with a couple of national or regional titles under his belt and is now ready to embark on the world of car racing.

Keep in mind that the four or five years of karting, before he hit his teens, would have set his parents back by anything between $500,000 to $700,000, depending on how intense the karting is for the kid – rule of thumb: the more testing and racing the better…

Now to get young Speed into a race car, it would be useful to start with the Formula 4 series which has become the logical step from karting to open-wheel racing. The series typically features big grids of like-minded youngsters, offering important big-track experience and providing the heftier horsepower to wean him away from karting.

Somewhere around $300,000 will get him an F4 seat for the season. A couple of years will be required in the chosen series so that the transition from kart to single seater is successful. Thus that will come in at around $600,000 for both seasons.

After a couple of years in F4 for our hypothetical driver, the next logical rung on the ladder to the top is Formula 3. For this endeavour, Papa Speed will have to write a cheque of around $800,000 per season for a competitive team offering plenty of testing as well as racing.

For Johnny, now 16 years old, a second year in the same F3 series would be handy, thus throw in another $800,000 to the programme for the privilege. Hopefully, in the second year, the youngster will score some victories, start raising eyebrows and maybe be a title contender.

With a good showing under his belt, at 17 he is a tad young to move into Formula 2 (formerly GP2) so a season of GP3 would be a fair call to make as the series runs on a number of Formula 1 circuits, and thus provides a great experience for our young man.

This step will cost around $1,000,000 to do it right, and thanks to his F3 experience (and his obvious talent) he should be a front-runner at this point. Pressure to perform increasing on the youngster with every outing.

At 18 it is a good time to target a Formula 2 seat for the next step towards the top. He is good, but he is no Max Verstappen at this stage, and he will be thrown into the deep end of the feeder series, where he will come up against a host of F1 aligned drivers and the majority, in his rookie F2 season, will have a great deal more experience.

Nevertheless, the Speed family have full faith in their lad, and they find the $2,500,000 to get him on to the F2 grid with a strong team and they well know that this will be a minimum two-year programme for their kid. The family will be $5,000,000 poorer after two years of this particular adventure in the acknowledged F1 feeder series.

To be on the safe side throw into the pot a million or so for unforeseen expenses that pop up during the journey: medical, writing off cars, additional testing etc.

Thus after several years, when you do the maths the budget to get young Speed to the doorstep of Formula 1 would have set his family and/or benefactors close to $10-million with absolutely no guarantee that he will ever line-up on the grid to start a grand prix.

However another $10-million, if there is that amount floating about in the family bank account/s, will get Johnny a season with a backmarker Formula 1 team.

And this is the sad thing about motor racing in the modern era: if an aspirant driver with buckets of talent does not have the cash to fund his dream, the likelihood of success is nil. It has become an elitist sport, where the children of the rich play with the hope of one day making it to the pinnacle of the sport.

The majority will be disappointed, but in the end, those with the most money are more likely to do so than those without.

The only real hope for a young gun is that during the course of his junior career he is spotted by the likes of Red Bull, or Mercedes or Ferrari or McLaren who then are convinced that young Speed is the real deal and invest in him.

But the chances are extremely slim that this will happen. A very select few benefit from such programmes and even then it is no guarantee that they will make it all the way. For example, the Red Bull junior driver programme is littered with drivers nursing shattered dreams.

There is also a naive and deluded misconception among many who embark into karting, without much knowledge of the sport, that sponsors are waiting with bags of the green stuff waiting and willing to throw money at promising drivers. That does not happen in the real world.

Once upon a time drivers of modest means – Niki Lauda, James Hunt and Gilles Villeneuve immediately spring to mind – with determination, guts and talent they were able to emerge from the pool of wannabes, but those are days long gone

Admittedly there are still rare exceptions to the rule: Lewis Hamilton and Esteban Ocon could be singled out from the current crop of F1 drivers.

But at the same time, Lawrence Stroll showed how $40-million (or even more some say) could buy his son the best gear from karting through to Formula 1. Money guaranteed him a seat with Williams, one of the sport’s great teams taking a pay driver!

Alas, this is fast becoming the trend that has seeped from the very top right down to grassroots. Just visit any major karting event in the world and witness the enormous amounts of money being spent by multi-millionaires and billionaires on their siblings.

The ladder that comprises the junior racing series’ is now a playpen for the very, very rich who are going through the motions of gaining experience, knowing full well that money will open doors all the way to the top, even Formula 1.

Big Question: In future when or if Formula 1 – a sport of heroes – becomes a playground where rich kids of moderate talent strut their stuff who will want to watch?