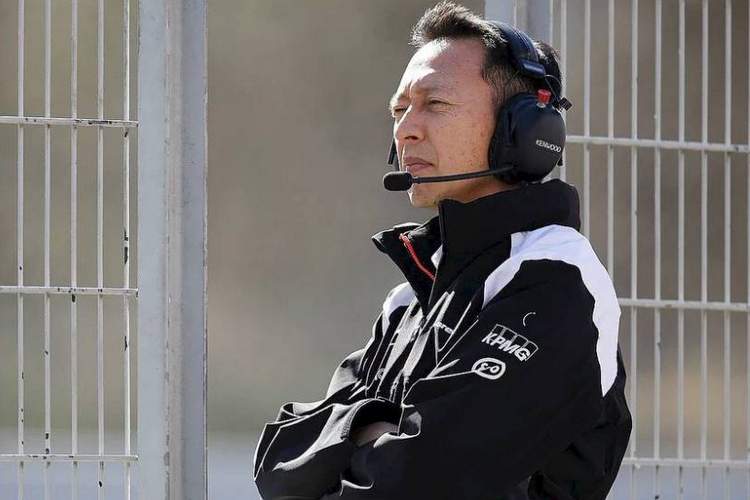 Honda has restructured the senior management structure of its under-performing Formula 1 operations after the split from McLaren, with Yusuke Hasegawa to stand down as head of the Japanese company’s Formula 1 project at the end of the year.

Honda, starting a new partnership with Red Bull-owned Toro Rosso from January, said in a statement on Thursday that Hasegawa’s position would be split into two separate functions.

Toyoharu Tanabe, an experienced Formula One veteran who worked as race engineer to Austrian Gerhard Berger at McLaren in the early 1990s, had been appointed as F1 technical director.

Tanabe, who was also chief engineer to Britain’s Jenson Button at BAR and Honda Racing between 2003 and 2007, will run operations at the racetrack and in testing.

An operating officer, yet to be named, will take charge of research and development at Sakura in Japan while Hasegawa remains executive chief engineer.

“By separating these areas of responsibility, we will evolve our structure so that both the development team and racing/testing team can assume their respective responsibilities more speedily,” said Honda’s brand and communications head Katsuhide Moriyama.

Honda and McLaren split after the 2017 season that ended last month, bringing down the curtain on three painful years that saw the former world champions suffer their worst ever slump.

McLaren, who had a dominant partnership with Honda in the late 1980s and early 1990s, last won a race in 2012 and this year finished ninth of the 10 teams with just 30 points — 638 fewer than champions Mercedes.

Their time together was beset with poor reliability and a lack of performance from a Honda engine struggling to compete with rivals.

McLaren, who have Spain’s double world champion Fernando Alonso along with Belgian Stoffel Vandoorne as their drivers, will have Renault power next season. Toro Rosso have New Zealander Brendon Hartley and France’s Pierre Gasly.