Game on for Formula 1 teams as eSports set to boom 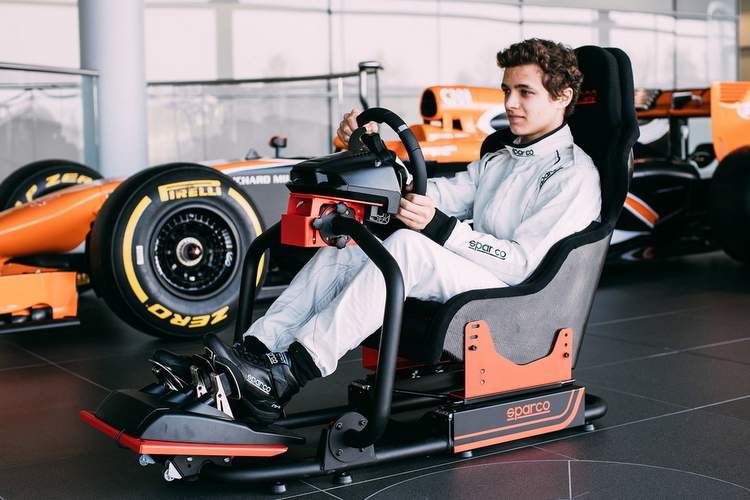 Grand prix teams could be racing each other in the virtual world as well as the real one in the very near future, while fighting to sign up the hottest gamer talent, as Formula 1 wakes to the power of eSports.

The former Nissan motorsport boss, who runs the eSPORTS+CARS virtual team, can also see the day dawning – in maybe three to five years’ time – when top gamers are earning more than the lowest paid drivers on the real F1 starting grid.

In a wide-ranging interview at a simulator centre where his drivers train near London’s Gatwick airport, Cox told Reuters that he expected Formula 1 teams to become involved in next year’s eSports series.

“If you look at what the NBA has done…they engaged the teams right at the beginning. So 17 of the NBA teams have got franchises for the virtual side of the sport and there’s a draft like in the real world.

“So expect something like that to come out of Liberty [Media],” added Cox. “It’s happening now. Those conversations are being had.”

“This absolutely will be a big priority for them and I believe they have made it clear to the teams that they will be involved, in some way. And then I guess it’s down to the teams about how involved they want to be.”

Formula One’s first eSports series was won by Brendon Leigh, an 18-year-old kitchen porter who had never previously been out of Britain. Leigh, who drives for Cox’s team and emerged triumphant from 63,000 initial hopefuls, is likely to go professional.

Some gamers in other arenas are already earning more than $1 million a year and Cox said the rewards in motorsport were growing all the time.

“If you go back 18 months, these guys were winning an X-box and a free subscription, not any cash. The cash has suddenly come and I think that will ramp up,” said the man who has been dubbed the ‘Godfather of virtual racing’.

He expected all the big F1 teams to end up partnering with outfits like his, “Depending on how well marketed it is by Liberty, there will be a new revenue stream.”

“Suddenly everything’s happening at the same time and it is a massive benefit to our sport,” added the Briton, who was responsible at Nissan for a successful programme that transformed gamers into real racers.”

He expected a new wave of technology companies to be attracted to the sport while existing sponsors, particularly those brands targeting a younger demographic, would get more involved.

“This side of things has brought in Logitech to McLaren. They are involved because of World’s Fastest Gamer. And they’ve set a precedent. This is now something that will happen,” declared Cox.

Sales of the Formula 1 game were also likely to accelerate, with knock-on benefits for merchandising.

Cox, meanwhile, dismissed as irrelevant the debate about whether eSport should be considered sport, “It’s here, it’s got millions of viewers, it’s got a commercial backbone that is strong. It doesn’t matter if someone in sport thinks it’s a sport or not. eSports don’t care. And they shouldn’t care and it shouldn’t be a debate.”

“I think the only problem we’ve got is people’s attitude within the sport, because they are so blinkered. And I think those blinkers are now coming off,” added Cox.

Big Question: Is eSports a passing fad or here to stay?