Rosberg: Life is absolutely perfect it cannot be better 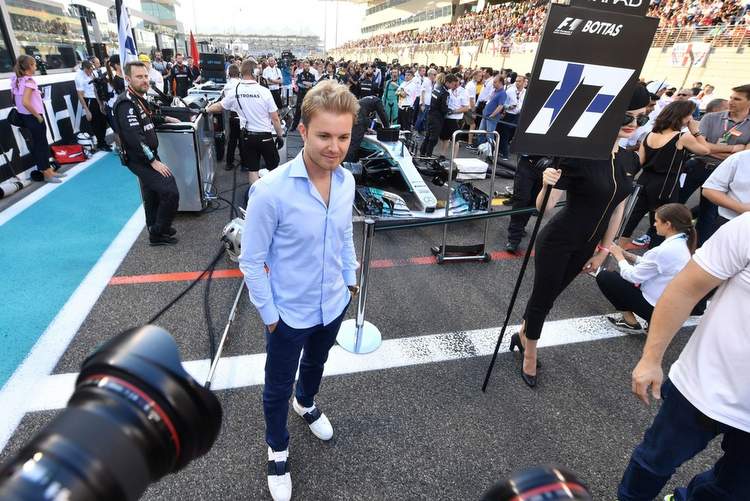 Nico Rosberg retired at the end of 2016 after bagging his one and only Formula 1 Wolrd Championship title, now a year down the road the former Mercedes driver is adamant that life is good and that he has no desire to return to the grid.

The German has kept a high profile presence in the world of F1, visiting a number of grands prix during the course of the season, attending the recent FIA Hall of Fame launch and maintaining regular communication with his fans via social media.

Asked how his life was on the anniversary of his retirement, he told Stuttgarter-Zeitung, “It’s absolutely perfect, it cannot be better.”

Rosberg revealed that his has received many messages from people praising his decision, “Many people have told me that my decision to quit has made them re-think their lives and their own futures, that’s really magical for me.”

As for keeping busy after a life dedicated to racing, Rosberg said, “It’s nice to have the freedom and to use this time for me. In Formula 1, you’re so self-centred, thinking only of yourself. Now for me, it’s a challenge in my second life to move out of that personal ego centre, to change myself as a human.”

At the same time, he acknowledges that the sport helped him grow and turned him into a more confident individual, “I’m actually an extremely shy person, but every time you are in difficult situations, you change yourself as a human being and grow as a result.”

“It taught me so much, about why we humans are the way we are, and that helps me with raising my children because I can see where I’m going wrong.”

The 2016 World Champion still follows F1 not only as a professional and ambassador for various corporations but also as a fan, “It’s sport, it’s entertainment, it works great, I have a lot of fun watching it on TV.”

As for the future, he explained, “I’m open to everything, but I would like to stay in my sport. Today I am a family man, a corporate ambassador, a manager. I am also looking at investments, especially for start-up companies in the field of mobility.”

Asked if he did not harbour a secret desire to be on the grid, he responded,  “No, really not at all. I’m very satisfied. I have no nostalgia. I have achieved what I wanted to achieve and that’s everything I need.”

Nevertheless, he admits, “Of course there were difficult moments. I mean, I totally changed my life. To deal with this new life you have to learn first.”

“Before that, everything was very simple: How do I win the next race? It was all about that for twenty years. Now, to a certain extent, I have a blank sheet of paper in front of me, without a plan,” concluded Rosberg.