Hamilton: No reason why F2 is louder and has better racing than F1 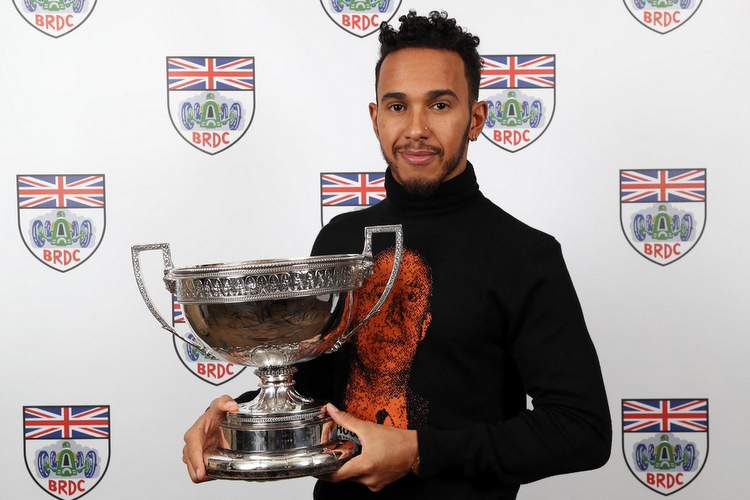 Lewis Hamilton has been inundated with awards since the Formula 1 season came to an end last month, the 2017 World Champion chose to attend the BRDC Awards in person where he had some choice words for the direction the sport has taken and the situation it finds itself in right now.

On the night Hamilton was awarded not one, but two, BRDC Gold Stars, the BRDC’s premier annual award recognising the strongest performance of the year in international motor racing, with the second Gold Star awarded for winning the Formula 1 Drivers’ World Championship.

This achievement sees Hamilton become the most decorated recipient of BRDC Gold Stars in the history of the Club, surpassing the record of 10 Gold Stars previously set by Sir Stirling Moss.

On receiving his accolade, Hamilton told the audience, “From a racing driver’s point of view you just want to be able to race closely like you could in karts. Kart racing is the best form of racing still because the guys follow each other so closely.

“The cars this year are the best they’ve ever been. Looking at the next step, I believe Ross and Chase and the teams are really working hard to make sure that the next cars in 2021, they’re even more raw.”

“I hope they make the cars louder. You can have bigger tyres… why did Jackie [Stewart] have big tyres back in the day and we’ve got smaller tyres? Maybe a little less downforce, maybe we can race closer.”

“There’s no reason why a GP2 race, or F2, or whatever you want to call it, should be louder and sound better, and be able to have better racing, and follow closer. And that’s what we’ve somehow got to make in F1, while it’s still faster than the other classes.”

Hamilton also touched on promoting Formula 1, “I think everyone has an opinion about it. It’s not about what I want, it’s just F1 has been a little bit behind other sports. It’s such a special sport.”

“You look at the NFL, you look at soccer, you look at all these other sports which happen to have a little bit more of a global awareness, I think F1 has the scope to be as big as those.”

“I think the great thing with Chase [Carey] and the team from Liberty coming in is they’ve really brought something new into the mix this year, whilst they’re learning at the same time about the sport, and what the fans want,” added Hamilton.

Big Question: Who is the guy on Lewis’ sweater?