Inside Line: Why Dubai never got a grand prix 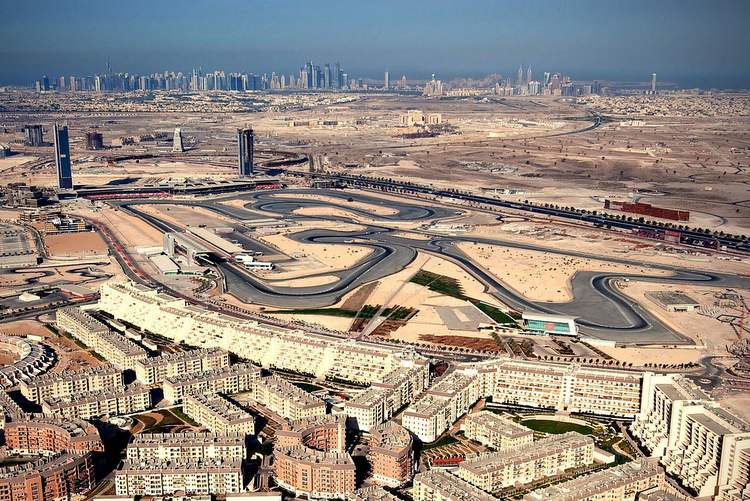 Dubai was the first of the Persian Gulf countries to flirt with the idea of hosting a grand prix as Bernie Ecclestone targeted expansion into the region, but a series of interesting circumstance conspired against the plan and as a result, Bahrain became the first venue for Formula 1 in the region followed by Abu Dhabi.

When I arrived in Dubai in 2004 to take up the role as Photo Director of Gulf News the city was a sliver of what it is today, a massive boom was evident in the numerous construction projects that dotted the landscape. The Dubai dream was in full swing.

Legend has it that shortly after the turn of this century Ecclestone flew to Dubai for a meeting with Sheikh Mohammed Al Maktoum, the ruler of Dubai, to negotiate a deal for a Formula 1 race in the Emirate.

A track was already in the process of being built for this purpose – Dubai Autodrome – on the outskirts of the city. The plan was to build it in several phases with a grand prix at the venue the ultimate goal.

This annoyed the F1 supremo to the point that while he bided his time he made a call to the rulers of Bahrain, who had also shown an interest in hosting a grand prix, and asked them if they were serious about their bid.

They of course were and, tired of waiting for the meeting with the Sheikh, Ecclestone ordered his private jet to be fired up – destination Bahrain – returned to the airport and departed for Manama.

What transpired is now history, as Bahrain’s vision for Formula 1 became reality. They built the Bahrain International Circuit and in 2004 a grand prix was held in the kingdom which Michael Schumacher won. The venue remains part of the Formula 1 calendar to this day.

Dubai continued to boom and the idea of a Formula 1 race was shifted to the back burner as Sheikh Mohammed focused instead on developing other mainstream sports events such as the Rugby Sevens, Dubai Open tennis, the Dubai World Cup horse race and international golf.

Dubai Autodrome opened around the same time as the first Bahrain Grand Prix happened and from the outset was (and is) a circuit much appreciated by drivers. A challenging 5.4 km track which came to life with the hosting of the 2004 FIA GT Championship, European Touring Car Championship and Formula Renault V6 Eurocup.

Since then the venue hosted the now defunct A1 GP and GP2 Asia and has hosted an annual 24 Hours race for GT, sports cars and touring cars since 2006. Over the years of working there, I was privy to inside information and can report that NASCAR, Indycar, DTM, WEC, MotoGP all made approaches thinking (erroneously) that there was limitless money to throw at racing. There was and there is none.

Of course these days the dream of a grand prix is a very distant memory.

Between 2004 and 2008 Dubai boomed in a manner that few modern cities have done in history. From a sedate seaside city it turned into a sprawling metropolis, glittering with stupendous highrise structures, including the world tallest building. The transformation was astounding even to those who lived through the years of non-stop construction.

But in 2007 the global crisis struck and while Dubai at first seemed immune to the collapse, in 2008 the city felt the wrath of the financial catastrophe. By the time the dust settled the Emirate was all but bankrupt.

The scars of 2008 remain. Amid the city’s skyscrapers remain unfinished projects, abandoned by lack of funding and left to rot to this day. While new projects, including the multi-billion dollar canal, emerged and have been completed. But the skeletons remain on the landscape.

Dubai Autodrome, owned by property company Union Properties, felt the brunt of the crisis, teetering on the verge of collapse. It never really recovered and the results of neglect at the racing venue they own are clearly visible.

The track remains, defiant as it still is a much respected and probably the most used piece of racing tarmac in the region. But the decaying surrounds provide cruel evidence into how Dubai woke up to what proved to be a bad dream.

A skyscraper hotel whose shadow falls on Turn 3 remains empty and slowly decaying in the desert heat. Next to it, along the stretch from Turn 1 to Turn 3 is a decomposing structure which at one point harboured lofty ambitions of being a motor mall.

Also adjacent to the venue, opposite the management building, is a hotel that was also never finished and remains a skeleton that welcomes visitors as they enter Motor City, the constantly evolving residential area that surrounds the race track.

Ironically, while two hotels stand to rot, a third has since been built overlooking the final turn and set to open in January.

How long the Autodrome remains is a constant source of debate. Union Properties in its current guise is an excuse for a company, without any interest whatsoever in the circuit or motorsport for that matter.

It is no secret that Union Properties are keen to re-zone the prime land which the track occupies so that they can tear it down and expand the residential area that surrounds it, but the mandate they have from the ruler of Dubai handed to the previous cabal that ran the company (to the ground) is to run and maintain the Autodrome as a motorsport complex until 2024.

Thereafter it is unknown what will happen, but we do know what the owners have in mind…

History shows that when the opportunity arose for a second grand prix in the Gulf, Abu Dhabi seized the opportunity and pumped a whopping $1.3-billion to build Yas Marina Circuit. In 2009 it hosted a grand prix for the first time and remains on the calendar ever since.

You may ask, how did Abu Dhabi find the money to achieve the goal while Dubai failed?

Having lived in the UAE for over a decade I always explain the difference between Dubai and Abu Dhabi by likening the cities to two sisters:

Dubai is the sister who is brash, over-the-top, ostentatious, loud and a tart of sorts with all her flash and bling of zirconias and plastic. On the other hand, Abu Dhabi is more demure, conservative and proper, but her jewellery is the real deal, namely diamonds and proper pearls.

Dubai tends to do things first but with little substance, while Abu Dhabi does it right and built to last.

And most importantly, Abu Dhabi has real money thanks to having 80% of the country’s oil production and reserves. Dubai has none of this, surviving by busking and works as a business hub which cares little about the colour of the money or where it originates from…

Invariably talk of a grand prix in Dubai emerges every now and then. Talk of a street race has done the rounds recently, but the truth is that such a project would cost half a billion dollars to happen, money the city coffers does not have.

As for Dubai Autodrome, the venue would need around $200-million to spruce up the place and add facilities so that it could host Formula 1 to the standards required by the sport.

However, with Abu Dhabi Grand Prix (60km down the road) and their seven star Yas Marina Circuit firmly entrenched on the calendar, a Dubai Grand Prix will not happen in the foreseeable future yet, an ePrix discussion came and went without any real progress.

Once again Dubai was the first to toy with the idea of a grand prix in the region after all Ecclestone made it his first port of call for a race and only being stood up by the Sheikh scuppered the deal.

And of course, along came the other sister – Abu Dhabi – and did it properly.