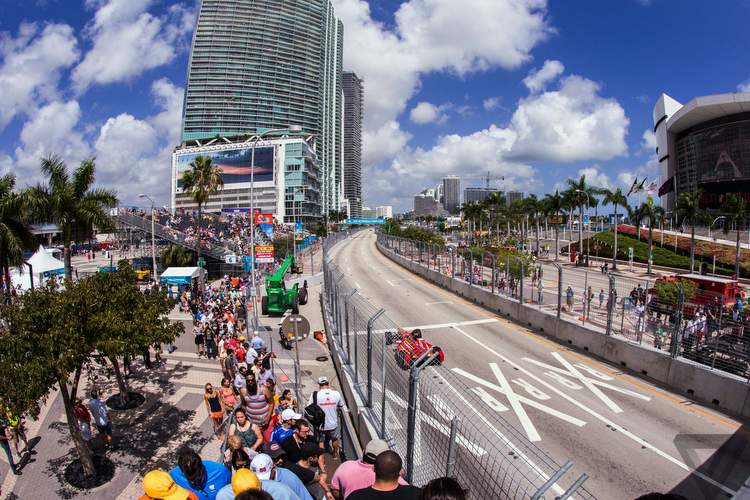 Formula 1 has actively scouted downtown Miami as a potential site for a grand prix venue, while Liberty Media has registered six trademarks for races in New York, Miami and Las Vegas.

A Formula 1 entourage led by commercial chief Sean Bratches met with Miami’s new mayor and the city’s events director Vicente Betancourt last month to discuss potential circuit layouts and logistics with the hope of bringing a grand prix to the city by 2020.

Since acquiring Formula 1 Liberty Media have made no secret that they are looking to expand its United States footprint. An event in Miami, or possibly Las Vegas or New York, has been publicly discussed.

Miami Herald reports that Betancourt, who began talking to F1 organisers in May, pointed out that Bratches and his team departed Miami with much still unsettled, including the circuit layout.

Betancourt said, “They had their track engineers come down and look at the streets. We’ve got to see if it works and what it would cost them to actually bring it out. I think the ball is pretty much in their court.”

Miami has hosted street races since 1983 over some of the same streets being looked at by Formula 1. Two years ago, the city hosted the Miami ePrix for Formula E that ended up being a one-time event.

Opponents of the project have already emerged with the Better Florida Alliance placing adverts in the Miami Herald warning of “months of construction,” “street closures” and “big-time noise pollution.”

The adverts stated that “elected officials and their corporate fat cat friends want to turn our taxpayer-funded streets into a race track,” a clear attack on the substantial costs that grand prix host cities or countries are required to pay for the privilege.

Regarding funding for a Formula 1 race, Betancourt stated, “I was very blunt with [Formula 1] and said we’d love to entertain it but we have no money.”