Ricciardo: It’s about having the best car for 2019 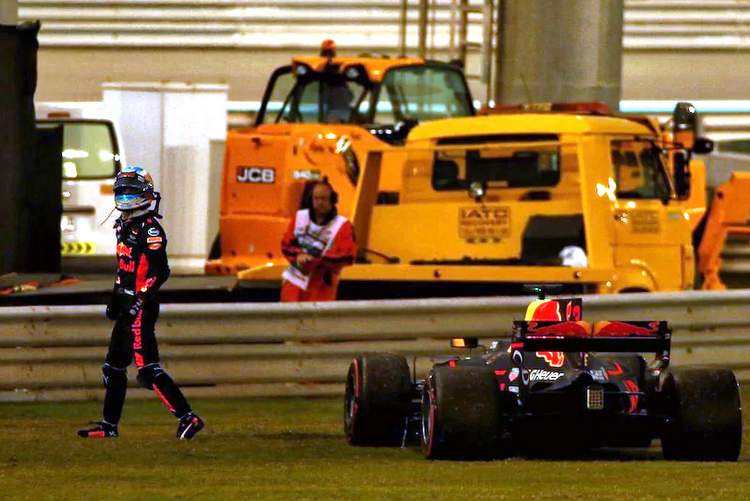 Daniel Ricciardo’s season ended with him trundling off the track, away from his broken Red Bull car, during Abu Dhabi Grand Prix, a hydraulic failure causing his third retirement in four races.

It was a frustrating finale to a topsy-turvy year that saw him finish fifth in the Formula 1 standings and included a purple patch of five straight podium finishes between May and July.

Away from the track, the 28-year-old Australian is considering his future at Red Bull.

His contract expires at the end of 2018. Team-mate Max Verstappen recently signed a new deal until the end of 2020, but Ricciardo has yet to commit even though the team wants him to stay.

“The peak years of my career are probably the next deal I’ll sign,” he said. “I want to make sure I maximize that with my driving ability.”

Ricciardo has won five races, all since joining Red Bull in 2014. That year, he won three races and finished a very impressive third overall.

He was considerably better than Sebastian Vettel, his teammate back then, who had clinched his fourth straight world title in 2013.

But now Verstappen is emerging as the team’s No 1, and widely considered F1’s next star.

Verstappen turned 20 in September, but has already won three F1 races – two in the last six races of this season. Ricciardo has 27 career podiums while Verstappen – the youngest winner of a race at 18 years old – already has 11.

Verstappen’s hefty new contract shows how valuable the Dutchman is, even though the team has not officially designated a No 1 driver. This puts Ricciardo is in a delicate position.

Ricciardo does not want to spend the next three years as – potentially – a No 2 behind Verstappen. It would possibly cause tension within the team and pressure a relationship that is harmonious enough, despite some flashpoints.

“I’m sure there will be a few discussions in the next week or two, especially with the team,’ Ricciardo said. ‘It’s not about the offer, it’s about who is going to have the best car for 2019.”

Ricciardo, who won the Azerbaijan GP in June, has given himself a loose timescale, “Once I get home and over Christmas, I want to switch off from racing. I would like to know something earlier.”

He has the luxury of being an established driver at Red Bull, so a move away comes with risk.

“I don’t want to be too clever and hope I have every option possible,” said Ricciardo, who expects his next deal to be ‘a multiple-year.’

One possibility could be waiting to see what happens at Ferrari and Mercedes.

Kimi Raikkonen will be 39 at the end of next season and unlikely to get another year with Ferrari. He was fourth in the standings but the Finnish driver was 100 points behind Mercedes driver Valtteri Bottas and 112 points behind his own teammate Vettel, second overall.

Bottas has a one-year deal with Mercedes for next season, alongside world champion Lewis Hamilton. If Bottas fails to impress, there could be an opening in 2019.

On either team, Ricciardo would be up against four-time F1 champions in Hamilton and Vettel, and would not be the leading driver.

When he sat alongside them both at a pre-race news conference last Thursday, Ricciardo joked that the three of them shared eight F1 titles between them.

For now, perhaps challenging Verstappen is his best option.

“It would be a good problem to have, if we’re both fighting at the front and having some battles,’ Ricciardo said. “If it’s ultimately deciding a world title we would happily run with that challenge.”

But Red Bull’s marked increase in speed is a cause for optimism next year – providing Red Bull can iron out reliability issues that saw Ricciardo fail to finish six races and Verstappen seven.

“I believe next year we will close the gap. Is it enough to fight for a title?” Ricciardo said. “I think we can certainly get close.”

Big Question: Should Daniel stay put with Red Bull beyond 2018?