Massa: I’m very lucky to have had all of this in my life 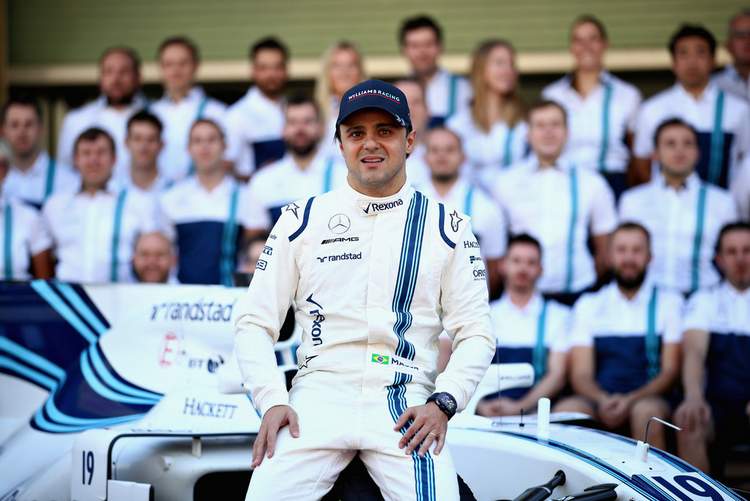 Felipe Massa bowed out of Formula 1 in Abu Dhabi on Sunday with his head held high and one last point in a career, spanning 15 years, that brought him 11 grand prix wins and almost a world championship with Ferrari.

The 36-year-old Brazilian said he was ready for the next step, whatever that might be.

“For sure, I will miss many things – racing against amazing drivers and competing in the best car and the best category in the world,” he said after finishing 10th for Williams under the Yas Marina floodlights.

The farewell was one of several for Massa, who also retired last year before being brought back hurriedly by Williams in January as a replacement for Valtteri Bottas when the Finn went to Mercedes.

He had also said goodbye to his home fans in Brazil two weeks ago and said after his final grand prix, “I can say I am really proud of everything I’ve achieved, all 16 years and all the amazing races, and the great people I met in the paddock.”

“To be honest, I’m very lucky to have had all of this in my life so thanks to my family and to God for all of these amazing opportunities,” added the Brazilian.

But there was still plenty of emotion as the sport saluted a man who lost out to Lewis Hamilton in the 2008 championship by a single point and then endured life-threatening head injuries in Hungary in 2009 when hit by a bouncing spring in qualifying.

“You wouldn’t meet a more universally-liked driver, I think,” said long-time friend and colleague Rob Smedley, now head of performance engineering at Williams after a stint at Ferrari as the Brazilian’s race engineer.

“It will be weird coming to a grand prix and not having him there,” he told Sky Sports television.

“We’re mates so we’ll see lots of each other. That won’t change. He’ll carry on racing because it’s in his blood. I think this is now definitely, undoubtedly, the right time to retire from Formula One.”

But while the bulk of Stroll’s points came from a third place finish in Azerbaijan and sixth in Mexico, Massa has been a more consistent scorer with 13 top 10 finishes in 20 races compared to the Canadian’s seven.

“But weekend in and weekend out we rely on him and to have a driver like that who is loved by the team, loved by the paddock and is still performing at the top of his game, there’s no better way to go out.”