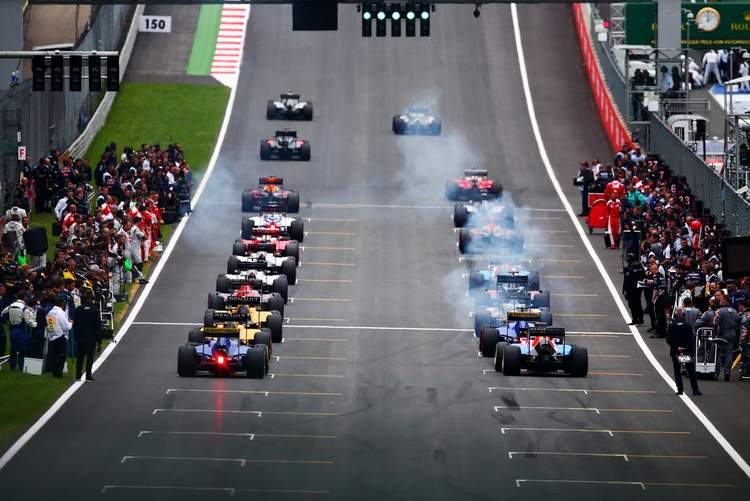 US-based Liberty took over Formula 1 in January and has been spending on infrastructure and putting a marketing operation in place.

Horner told reporters at the season-ending Abu Dhabi Grand Prix that the rights holder had made “a very generous offer, to those teams that want to take it.”

He said Liberty would “effectively advance monies to ensure that the money next year available to the teams is the same as this year…on an interest-free basis.”

“They’ve offered to basically fund that bridge for those teams that wish to take it,” he added, without giving more details.

Liberty said in its third-quarter results published this month that payments to the 10 teams would amount to $273 million, $43 million or 14 percent less than in the same period of 2016.

The rights holders explained that race promotion and advertising and sponsorship revenue was down, due to one less event being held in the third quarter of 2017 compared to the same period in 2016.

The 2017 season was over 20 races, while next season it will expand to 21 with Malaysia dropping off but France and Germany returning.

The drop in revenue payments is the first in years of steadily rising revenues under former commercial supremo Bernie Ecclestone, whose main focus was on maximising profit and returns to shareholders.

For decades the sport has spent little on marketing, relying more on media coverage.

Liberty have said they want every race to be a Super Bowl of sorts, with more fan engagement and events in cities near racetracks.

“When you’re building a structure you’ve got to invest in that and obviously they’ve moved premises, they’ve moved offices, they’re running a different ship to how Bernie operated it,” said Horner.

“Bernie was the salesman, he was a one-man show which was always going to be unsustainable because there was no individual that could single-handedly replace him. So I think with the structure that’s been put into place, hopefully, dividends and benefit will come.”

“But it’s going to be a little bit further down the road. Probably we’re looking at 2019, 20 and particularly 21 before we’re going to see the fruits of their investment.”