Hamilton: It’s the last race where the cars will look good 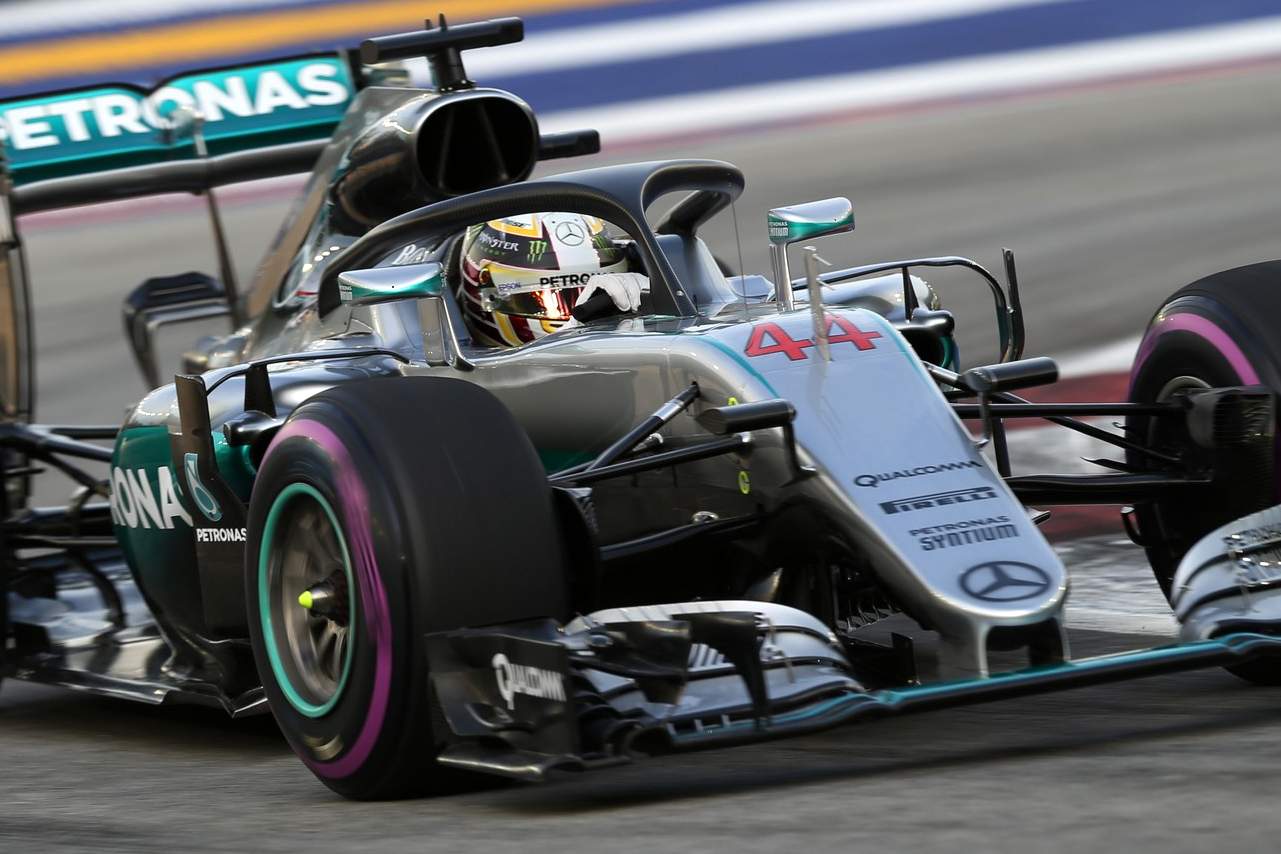 According to four times world champion Lewis Hamilton, Formula 1 faces an uglier future after Sunday’s season-ending Abu Dhabi Grand Prix with the ‘halo’ head protection device due to be introduced in 2018.

The halo, designed to shield a driver’s head from debris and the danger of being struck by bouncing wheels, has been written into next year’s regulations despite reservations about the look.

“It’s the last race where the cars will look good,” Hamilton, who won his fourth title in Mexico last month, said ahead of Abu Dhabi as thoughts turned to next year’s campaign.

“I think from next year it’s all downhill in terms of how it looks but safety will go up at least. Maybe start a new flip-flop brand next year and be successful in some way,” added the Mercedes driver.

The halo device, with its central upright in front of the driver and overhead loop, has been compared to the look of the thong on a flip-flop beach sandal.

There have been numerous mock-ups on social media and the internet making that same point.

Ferrari’s Sebastian Vettel, appearing with his British rival at the Yas Marina circuit news conference, agreed that the current cars looked better but felt the sport would get used to the change.

“I think it’s something that we all get used to but there’s no doubt that the cars look better the way they are now,” said the German. “We’ll work on the aesthetics so that it will look fine also. So in the end it’s probably less of a big deal.”

Australian Daniel Ricciardo, sitting next to the two four times world champions, joked that he would be giving his helmet a special polish for Sunday’s race.

“They (the helmets) will be a bit harder to see, obviously, next year,” added the Red Bull driver. “I don’t think it’s going to be as dramatic as most people make it out to be. It should be fine.”

Big Question: Is the halo good for Formula 1?