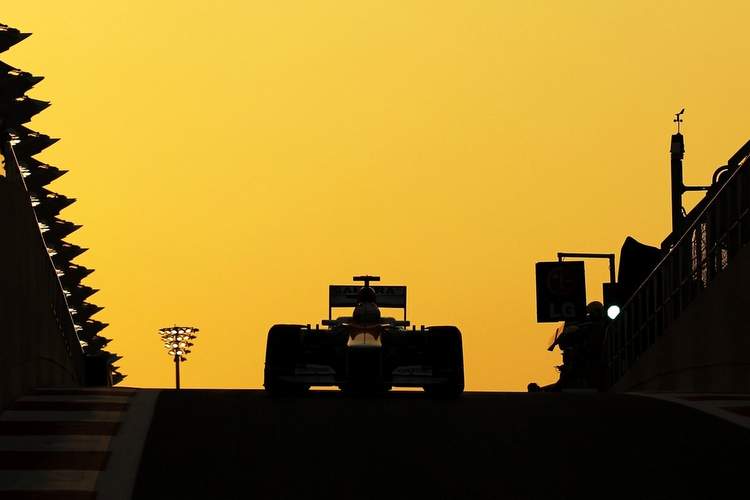 The Formula 1 season winds up in Abu Dhabi, on Sunday with both world titles won, with Lewis Hamilton aiming to close the year on a winning note and big money still at stake for those further down the paddock pecking order.

While four times world champion Hamilton’s Mercedes teammates can again look forward to healthy year-end bonuses, others are scrapping for crucial points that could swell their 2018 budgets.

Toro Rosso, Renault and Haas are just six points apart, with the difference between sixth place and eighth in the constructors’ championship equivalent to about $12 million when it comes to revenue distribution.

“This race is almost a championship in itself,” says Renault Sport F1 head Cyril Abiteboul, whose team are four points behind Toro Rosso and two clear of Ferrari-powered Haas.

There is extra needle in the showdown with Red Bull-owned Toro Rosso using the French manufacturer’s engines for one last time before switching to Honda.

At the top, Hamilton will be determined to grab a 10th win of the season — making it the fourth year in a row that his tally has entered double figures and giving him a warm glow through the winter.

“I‘m going to give it everything in Abu Dhabi,” said the Briton, who won his title in Mexico last month but has failed to make the podium in his last two races.

Ferrari’s Sebastian Vettel will also be looking for bragging rights by becoming the first non-Mercedes driver of the V6 turbo hybrid era that started in 2014 to finish in the top two of the championship.

The German is 22 points clear of Mercedes’ Valtteri Bottas, who can only finish runner-up if he wins and Vettel scores no more than two points.

Ferrari have yet to win in Abu Dhabi but Vettel and Hamilton, who was given a hero’s welcome when he returned to the Mercedes factory this week, have both triumphed three times at Yas Marina’s floodlit circuit.

For Brazilian Felipe Massa, with Williams, Abu Dhabi will be a final farewell to the sport.

“I am looking forward to it and plan to enjoy every moment, to finish my Formula One career on a high note,” said the 36-year-old, who won 11 times for Ferrari in a career that will end after some 270 races.

It could also be goodbye for Sauber’s Pascal Wehrlein and Marcus Ericsson, the German and Swede uncertain to be retained by a team whose engine partners Ferrari are keen to place their own young talent.

McLaren will also be saying ‘sayonara’ to Honda after an ill-fated three-year partnership that promised much but delivered disappointment and frustration. The former champions will be using Renault power next season.

The days of entirely open cockpits are also numbered, with 2018 set to usher in a new ‘halo’ era and the introduction of a head protection device whose looks will change the cars’ aesthetics.

This week will also see Formula 1’s first virtual world champion crowned with the finals of the inaugural eSports series on Friday and Saturday.