Hamilton: Ultimate flaw of an F1 car is you can’t follow 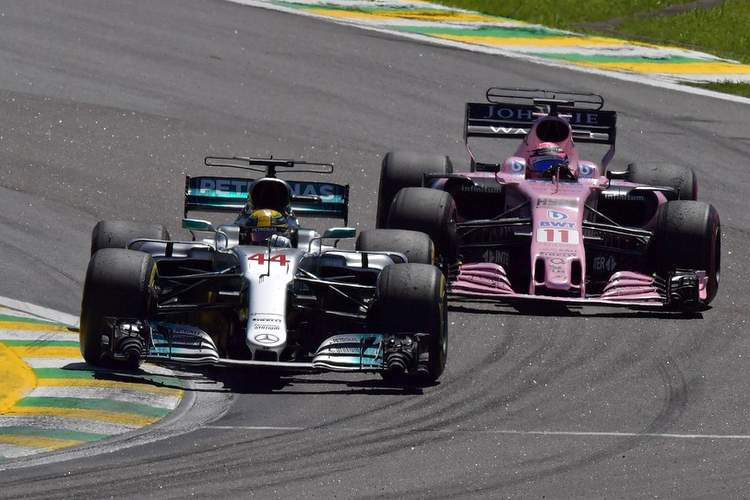 Lewis Hamilton received widespread praise for his storming drive from the pit-lane to fourth place at the Brazilian Grand Prix, but the Mercedes driver was not particularly proud of his performance on the day, admitting that he is no fan of DRS which he used to maximum effect on the day.

The World Champion missed out on a podium, but his purposeful drive to fourth place was significant as he made up 16 places and thus equalled the most positions gained in a grand prix at Interlagos.

Speaking afterwards, Hamilton said, “Honestly, it didn’t really feel like any one of my overtakes were particularly special to me. I’m not a big fan of DRS. While I think DRS enables overtaking, it’s like a Band-Aid for the ultimate flaw in the whole concept of a Formula 1 car: that you can’t follow.”

DRS was introduced in 2011 to ‘spice’ up the show and also provide an easier way for drivers to overtake, as the aero of modern F1 cars prevents racing in close quarters due to turbulence and heat generated by cars, making it almost impossible for other cars to follow.

Many believe that DRS, a simple but effective gizmo, is a gimmick which has no place in F1 claiming it dilutes the ethos of the sport.

Hamilton said of his overtakes on the day in Brazil, “It was just about getting up close and using the DRS, which is not like go-karting when you have to get close and then manoeuvre. I guess the outside of Turn 1 [on Sergio Perez], I was quite happy about that but there wasn’t any other highlighted overtaking manoeuvre that I did.”

“Interlagos is a race track where it’s difficult to get past, but the delta is actually smaller than in other places. If you look at most of the circuits we go to, the delta to overtake the car in front is usually a second and a half or something like that. You have to be a second and a half faster and that’s a whole tyre compound and a bit.”

“That just shows there is obviously a weakness and a flaw in the cars’ design, and while the cars are fantastic this year, that’s an area we can improve on for the future. Reversing the grid, you didn’t see the top four moving around, did you? So reversing the grid you would just reverse that and it would be the same,” added Hamilton.