Alonso: I have zero doubts about Renault 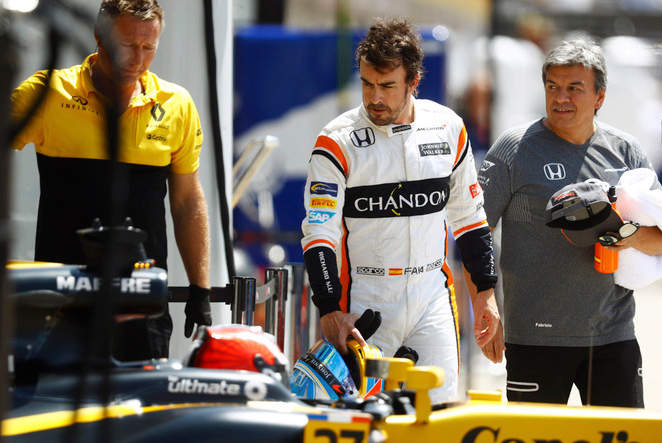 Fernando Alonso is confident that Renault will deliver for McLaren next year despite the French manufacturer enduring a tough season in which reliability has been elusive, particularly during the second half of the season.

Next year Alonso will have Renault power bolted to the back of his car for the first time since 2009. Asked if he was concerned, that reliability problems may carry over to next season, he replied, “No, not really.”

“Renault is definitely one of the best engines out there and in the last 10 or 12 years it has been the most successful engine company in Formula 1. So I have zero doubts,” affirmed Alonso.

McLaren sporting director Eric Boullier echoes the Spaniard’s sentiments and suggests that the Renault reliability problems are not universal, “It’s mainly affecting one team. There are no worries.”

“[Renault] are not on top of their game in the same way Mercedes is, but I think they have sorted out most of the issues. There’s big step to make, but they know that,” added Boullier.

McLaren executive director Zak Brown is equally upbeat about the forthcoming McLaren-Renault era, “This is not a short-term fix. At the end of the day no-one knows yet what the engine rules are in 2021, so I think it’s hard for anybody to look beyond 2020. We think we’ve got a long-term partnership, the foundation for it.”

This year Renault powered drivers have been forced to retire from races on 19 occasions, while collectively the three Renault engine teams collectively suffered engine related penalties amounting to over 300 places dropped on the grid.