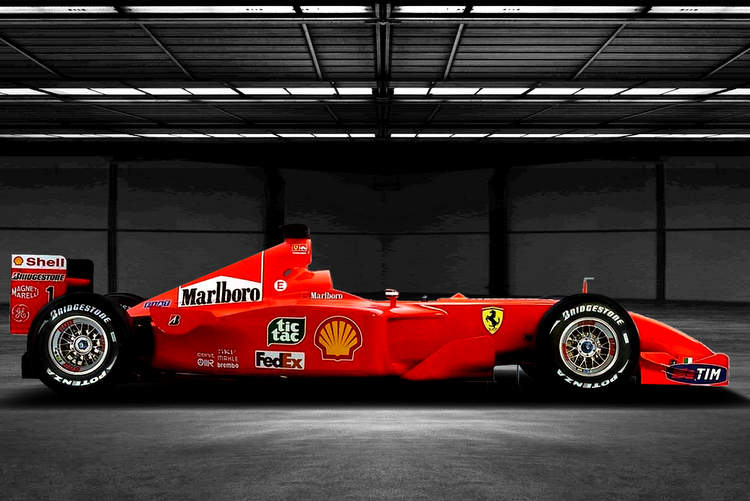 Sotheby’s have revealed that one of Michael Schumacher’s grand prix winning Ferrari has sold for $7.5 million in New York this week, setting an auction record for a modern-era Formula 1 car.

It put the buzz into a night that otherwise fell short of the dizzying heights reached by Christie’s on Wednesday selling a painting of Christ attributed to Leonardo da Vinci for a record $450.3 million.

Sotheby’s said it was the first time that a rare automobile was included in an art auction and the decision appeared popular.

The sleek, low-slung, fire-engine red vehicle may not have been a work of art, but Gregoire Billault, senior Sotheby’s vice president, called it “the very best racing car ever sold at an auction.”

The German racing legend has not been seen in public since suffering serious head injuries in a skiing accident in 2013. His record of seven titles and 91 career victories remains unchallenged.

Kenneth Ahn, president of RM Sotheby’s, said of the car: “The Ferrari F2001 is one of the most important and valuable modern Formula 1 race cars in history. This very car secured Ferrari their 11th of a record 15 Formula 1 Constructors’ Championships and Michael Schumacher his fourth of an unmatched seven Drivers’ Championships, placing it among the best of the best in the world of motorsport.”

“It is our great pleasure to offer this car during Ferrari’s 70th anniversary year, a year in which the legendary marque also won its first Monaco Grand Prix since Schumacher secured his final Monaco victory in 2001 in chassis 211.”

“Ferrari can house the car in Maranello and transport it worldwide for pre-arranged Corse Clienti events as well as private track days, where the next caretaker can enjoy the unique thrill of the car at speed in addition to tutelage from Ferrari’s own Formula 1 technicians, mechanics, and test drivers.”

“The opportunity to acquire a Ferrari Formula 1 car that has been driven by Michael Schumacher does not arise often. A race-winning example is truly special, but a car that won two Grand Prixes and led the greatest Formula 1 driver and the most successful Formula 1 manufacturer to two World Championship titles is nothing short of sensational.”