Norris: I literally went to Brazil for a bath 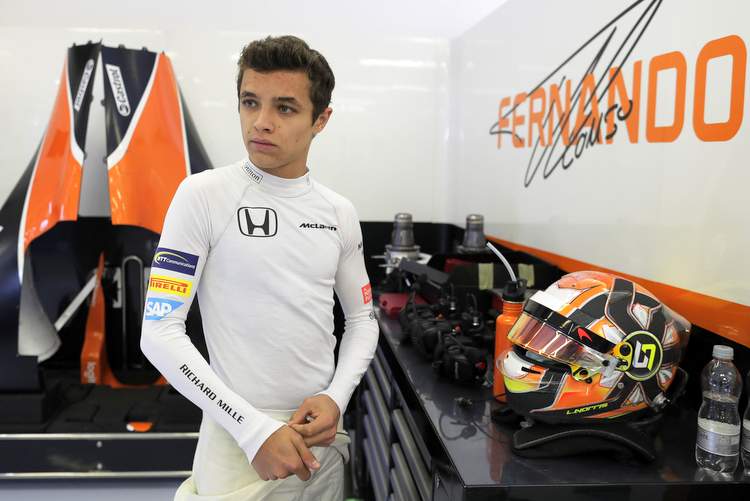 The 18-year-old, racing in this weekend’s Macau F3 race, told reporters he was soaking in the bathtub after arriving in Sao Paulo when the two-day test at Interlagos was cancelled for security reasons.

The Formula Three European champion then flew back to Paris, on to Shanghai and Macau.

“I had just got to the hotel in Brazil and was having a nice bath,” he told Reuters on Thursday after securing provisional pole position in Macau.

”I was reading the instruction manual to get used to all the buttons on the steering wheel of the McLaren as it takes quite a bit of time to get used to. Then I got the call that it got cancelled.

The Pirelli tyre test was cancelled after armed robbers attacked team cars and vans outside the circuit at night during the weekend’s Brazilian Grand Prix.