Vettel: The goal is to make Ferrari dominant again 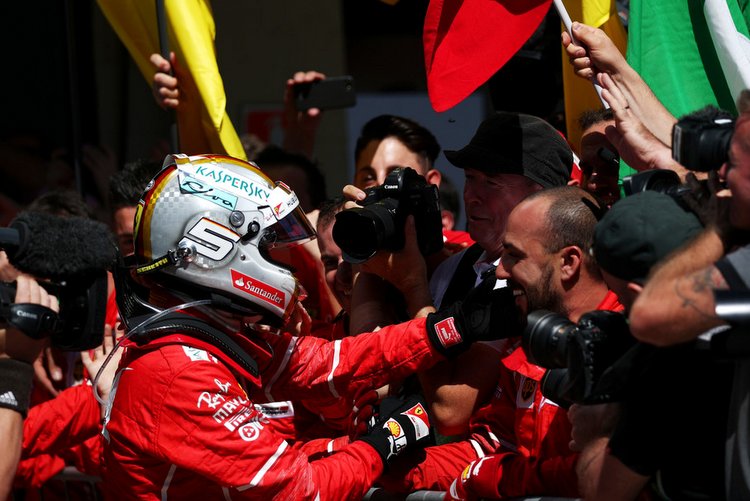 Sebastian Vettel believes that victory at the Brazilian Grand Prix is a morale booster for Ferrari in the wake of a season that saw them go from title challengers to also-rans in the space of a month during the Asian leg of the campaign.

Nevertheless Vettel scored a well controlled win at Interlagos, his first since Hungary in July, and is adamant that the goal remains for the Italian team to return to the dominant ways of the Michael Schumacher era.

He said after the race in Sao Paulo, “We can all feel that we are getting stronger and hopefully we can carry that strength with us in the coming years, not just next year. The goal is to make Ferrari dominant again. We want to achieve that.”

Mercedes driver Lewis Hamilton wrapped up the title with two races to go, no doubt a blow to the spirit within Maranello who led the championship until shortly after the summer break, thus success in the final two races is consolation for a season that promised much but fizzled out for the Italian team.

Vettel said of his victory in Brazil, “It helps to distract and get over the disappointment. It helps to have something to aspire to.”

“All in all, it was a positive year. Nobody expected Ferrari to do so well. We made the biggest step forward. There was much talk before the season, but we were there from beginning to the end.

“We are able to fight for victory, so there are many positive things. Of course it’s really annoying if you miss the title,” conceded the German.

“Last year we were not particularly competitive. We did not develop the car well. This year, we have made massive progress,” added Vettel who lies second in the championship with one race remaining.

Big Question: Can Ferrari be a dominant force again in this era of F1?