Verstappen: Renault should have enough parts on the shelf 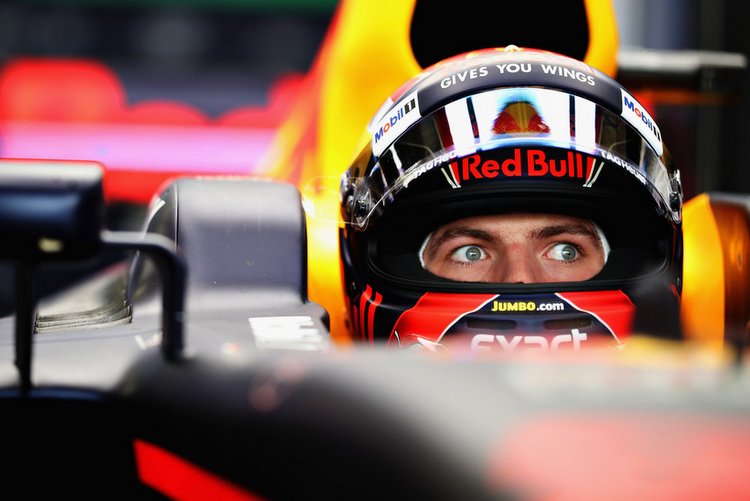 Max Verstappen has taken a swipe at Renault by suggesting that the power unit supplier has run out of spare parts for their current engines which forced Red Bull to err on the side of caution at the Brazilian Grand Prix by turning the engine down for the race.

Reliability appears to have gotten worse for the Renault powered brigade, with numerous engine related failures in the past three races. Forcing the manufacturer to inform their customers to down-tune their engines.

With Renault focusing firmly on 2018, Verstappen accepts the reasoning but at the same time questions why the lack of spare parts.

Speaking to De Telegraaf, Verstappen said, “On the one hand I can understand that. But on the other, if you have so many problems with equipment during the season, then as a supplier you should have enough parts on the shelf.”

“That to me seems logical. Frustrating? Sure but we also have to accept it,” he added.

With engines turned down for the sake of reliability at Interlagos, Verstappen had no firepower at his disposal to take the fight to Ferrari and Mercedes, cruising home to fifth on a day when he was unable to provide any sort of attack or resistance.

He summed up his race in Sao Paulo, “During the entire race, I saw Ferrari and Mercedes, but as soon as we got on the straight, they just disappeared. We lost a lot on the straights and this was clear when Lewis [Hamilton] passed me. We didn’t have a chance.”

“It is very difficult, but the positive side is that during the first ten, fifteen laps of the stint, we were competitive, but then you ask a lot of the tyres…” he reflected.

The season comes to end, in a fortnight, at the Abu Dhabi Grand Prix – a venue which Verstappen predicts will not suit Red Bull if they do not have more horsepower on tap.

“There are also long straights there. If they don’t turn up the engines, we won’t be able to do anything there. But it’s the last race, so we can finish it with fireworks. We’re going for it full speed ahead!” added the Dutchman who is sixth in the championship and will be hunting his third victory of the season at Yas Marina Circuit.

Big Question: Is it acceptable for Renault to run out of spare parts for their customers during the course of a season?