Wolff: The best fourth place I have ever seen 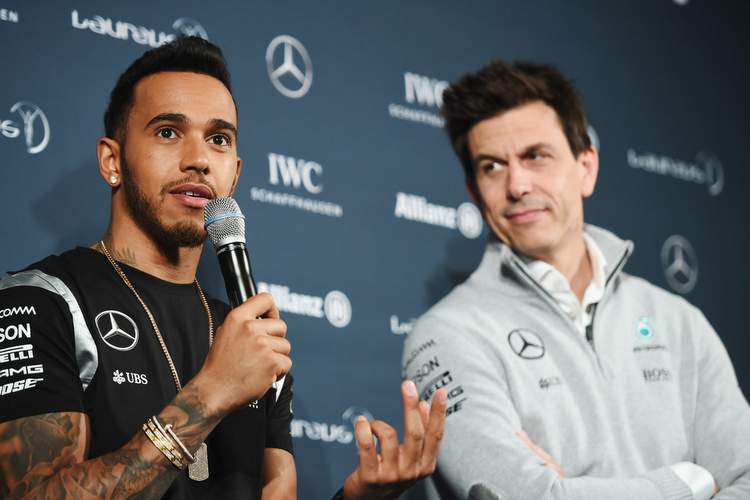 Lewis Hamilton’s performance during the Brazilian Grand Prix was “the best fourth place I have ever seen” according to his Mercedes team chief Toto Wolff and gave the World Champion added impetus to stay in Formula 1 for the long term.

The 32-year-old, who clinched his fourth world title in Mexico at the end of October, offered a glimpse of his personal determination to retain his champion’s crown in his dazzling drive from the pit lane to fourth position.

And while 2016 champion Nico Rosberg, Hamilton’s former teammate with Mercedes, lauded the Briton’s speed and race-craft, he also suggested that Sebastian Vettel and Ferrari had this year missed out on their best chance to stop him.

“I don’t think Sebastian Vettel will have a better chance next year,” said Rosberg after watching the four-time champion make the most of Hamilton’s rare blunder in Saturday’s qualifying to claim his fifth win of the season ahead of Valtteri Bottas in the second Mercedes.

“This year the opportunity for him to win the World Championship was huge, but Mercedes as a whole team is just a power – so I think the gap between them and Ferrari could even get bigger in the coming season.”

As praise for Hamilton’s drive poured in, however, Rosberg warned that even the champion team can make mistakes.

“Yes, let’s see. Even Mercedes has made mistakes and Sebastian has to hope for more of that and to be there at the right moment.”

Rosberg’s former boss Wolff said he believed Hamilton’s drive was “astonishing” and suggested that he had the speed to win the race after starting in the pit lane.

Hamilton finished the race in fourth place and just 5.4 seconds adrift of the victorious Vettel after scything through the field in a repaired car fitted with a new power unit following his opening lap crash in Q1.

“I think a win would have been possible,” said Wolff. “He was the quickest guy out there, but you must remember that Sebastian was managing the pace of the race, apart from the last laps. So we haven’t probably seen the real race.”

He added that Hamilton, who said he was satisfied to have redeemed himself by finishing fourth after his crash in qualifying, had achieved what they expected.

“When we discussed it in the morning, we thought that what would be a realistic target with a safety car would be P4,” said Wolff.

“We had that so that helped us a little bit, but the gap to the Ferraris was too close to have achieved much more.”

Wolff added: “For me it was the best fourth place I’ve ever seen – to start from the pit lane and end up 5.4 seconds behind the leader. That is quite an astonishing drive.”

Hamilton said he had been keen to show he retained his heart-felt desire to succeed and “showed that I have many more races to go in my career”.