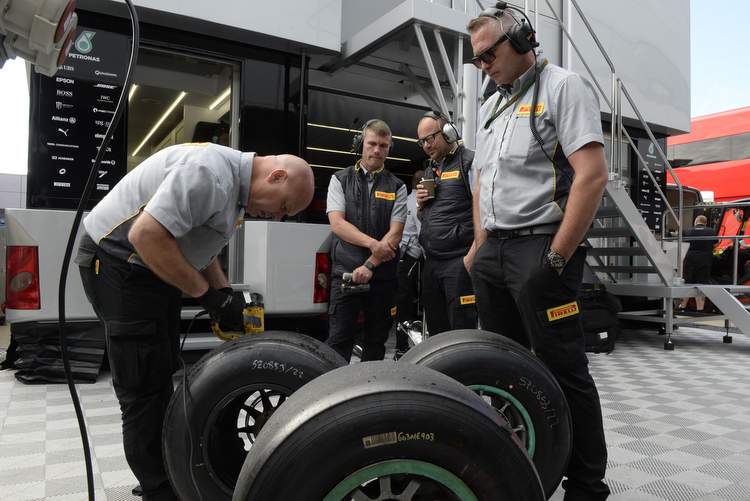 Pirelli and McLaren have cancelled a scheduled two day Formula 1 tyre test at the Interlagos circuit after teams were targeted by armed robbers in Sao Paulo over the weekend.

A robbery attempt on a Pirelli van after the Brazilian Grand Prix, which was thwarted by the team’s security staff, was the latest of a string of incidents involving Formula One personnel at Interlagos.

Four-times world champion Lewis Hamilton had called on Formula One to act after mechanics from his Mercedes team were robbed at gunpoint in their mini-van as they left Interlagos on Friday.

The Briton, who was not present at the time, said shots were fired and a gun pointed at one person’s head before valuables were taken.

Sunday’s attack on the Pirelli van took place after security had supposedly been tightened at the track.

“Following a robbery attempt, neutralised by Pirelli security, on a Pirelli van at the Interlagos circuit last Sunday… it has been decided to cancel the tyre test,” Pirelli said in a statement on Monday.

The decision was taken with McLaren, who were due to test Pirelli’s 2018 tyres with British teenager Lando Norris and Belgian Stoffel Vandoorne on Tuesday and Wednesday, and the governing FIA “in the interest of the safety of the personnel”.

McLaren’s executive director Zak Brown told Reuters the team had put in place additional security measures before the test was called off.

“The circuit needs to get its act together because it’s not acceptable,” he said.

“If we are going to travel to places, we need to make sure that the government and city is doing a good job keeping everyone safe.”

The FIA, whose staff were also targeted on Friday, had promised “heavy police reinforcements” for the weekend.

Despite that, Sauber strategy engineer Ruth Buscombe reported on Twitter that a team van was targeted late on Saturday.

The Interlagos circuit has a history of such attacks, with cars caught in traffic jams or at red stop lights on a road that runs past a hillside slum.

Unlike regular team staff, race drivers travel to and from their hotels with police escorts and in bulletproof cars.

Britain’s Jenson Button was in a car that was attacked outside the circuit in 2010, a year after he won the world championship, but his police driver smashed through the traffic to escape.

“There’s a huge amount of traffic flowing in and out at peak times and, unfortunately, it provides an opportunity for these situations,” Mike Collier, McLaren’s head of human performance who was in the car with Button at the time, told Reuters.