Hamilton: The car is going to be a bus next year 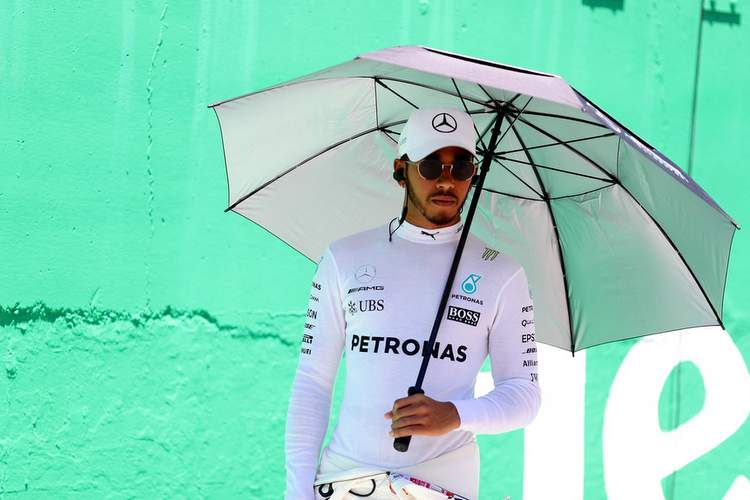 Formula 1 World Champion Lewis Hamilton has taken a swipe at next years rules which limit drivers to three engines, while lamenting the impact that the halo will have on the performance of cars in 2018.

Hamilton lamented the fact that the halo safety device, which will be mandatory next year, will add weight to the overall package and he as a result he expects cars to be more cumbersome as a result.

“The car is going to be a bus next year, it is going to be so heavy, like a NASCAR,” predicted Hamilton. “The braking distances get longer, the brakes are always on fire, on the limit.”

“I know it sounds negative but as a racer we want fast, nimble cars where we can attack always every single lap. Unfortunately that is not what we generally have.”

With reference to his storming drive from the pit lane to fourth place in the Brazilian Grand Prix, he said, “I had that today but I was coming from a different place.”

This year drivers had four power units (and related components) at their disposal, after which replacement parts triggered grid penalties. Next year the quota for the season has been reduced to three engines per driver.

“I don’t like the idea of going to three. That sucks. Sprinting is what we are missing in F1. If you look at the front guys, they were managing and that is what we are normally doing.”

“I don’t think that is too exciting for people to watch. If you look at the most exciting races – particularly when it rains – we don’t have those limitations. I’m not sure cutting down engines is helping it in that direction,” added the Mercedes driver.

The engine related grid penalty system, which is universally unpopular with F1 fans, has resulted in farcical situations throughout the season. An obvious example being the McLaren-Honda drivers who have been hit with some 400 or so grid penalty places in the 19 races so far this season.

Big Question: Is the three engine rule for next year good or bad?