Arrivabene: We have a very good car at our disposal 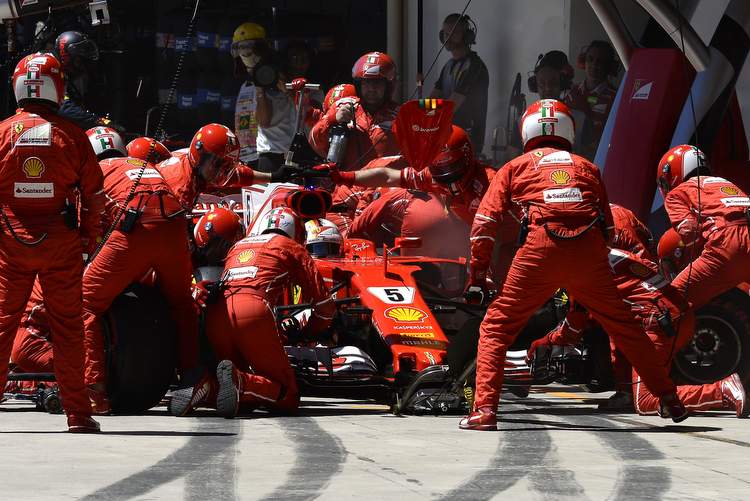 Victory by Ferrari at the Brazilian Grand Prix was testament to the fact that they indeed have had a good car at their disposal, highlighting the fact that the SF70H was capable of winning the title and thus it was the team’s well documented failings in the latter half of the season that cost them the title.

Sebastian Vettel qualified second and by the exit of Turn 1 led the race at Interlagos, thereafter he controlled the pace and second placed Mercedes’ driver Valtteri Bottas did not have the ammunition to challenge for the lead at any point during the race.

Speaking after  Vettel’s first victory since the Hungarian Grand Prix in July, team chief Maurizio Arrivabene said, “In qualifying, it was clear that the SF70H was quick and well prepared. On Sunday, we got the confirmation that we have a very good car at our disposal.”

The facts are that there were a number of races that Ferrari should have won, example being Singapore and others where they had the car to fight for victories. Instead they tripped up and in the end the 2017 World Champion Lewis Hamilton was able to wrap up the title with two races to go.

Credit to Ferrari for not giving up as their challenge crumbled, Arrivabene acknowledged, “The result of this race is also down to the great job carried out by the team, both here at the track and back in Maranello, not forgetting the drivers who, on the day, know how to step up to the mark.

“Now we look ahead to the next challenge in Abu Dhabi, still determined to give it our all, right to the very end,” added the Ferrari chief in the wake of the team’s fifth victory of the season.