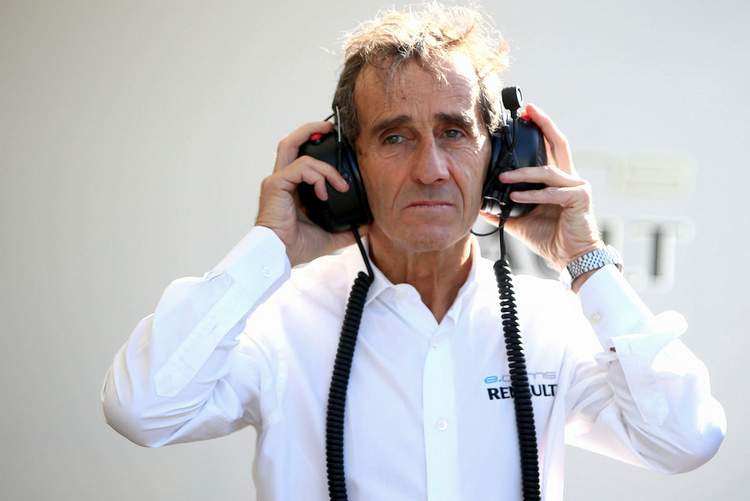 Alain Prost defended Renault’s reputation and moved to resolve a bad-tempered row with Toro Rosso team chief Franz Tost as the French manufacturer reacted to a series of provocative claims.

The four-time Formula 1 world champion Frenchman, who is a special adviser to Renault, made clear that they would never be involved in questionable actions to enhance their sporting position.

Outspoken Tost, livid at suggestions on Friday that Toro Rosso’s reliability problems were of their own making, had hinted in a statement on Saturday that Renault may have been protecting their own interests.

Renault chief Cyril Abiteboul had suggested on Friday that Toro Rosso’s sequence of reliability problems with their engines were due to their own operational procedures.

Tost hit back in his statement, defending Toro Rosso and claiming that his team’s battle with Renault to finish sixth in the championship may also have been a consideration.

“We mustn’t forget that they (Renault) are fighting with Toro Rosso for a better position in the constructors’ championship,” said the Toro Rosso statement.

“As suggested by Mr Abiteboul, the situation may not be a coincidence, but it is certainly not due to STR’s (Scuderia Toro Rosso) car.”

Tost later refused to apologise or change his position.

The war of words between the two teams resulted in several heated confrontations in the paddock on Saturday before Prost and Red Bull’s consultant Helmut Marko moved to calm tempers.

Marko said in a statement that there had never been any doubts about Renault’s parity as an engine supplier while Prost told reporters that, while Renault were running low on spare parts at the end of the season, they would never doing anything underhand.

“We would never play any dirty game to get one position,” said Prost, who dismissed rumours that Renault were considering not supplying engines to Toro Rosso at the Abu Dhabi Grand Prix later this month.

“They will have an engine in Abu Dhabi,” he said. “There is no question about that.”

Reliability has been a problem for Renault and their customer teams Red Bull and Toro Rosso throughout the season.

But the Italian outfit has suffered most recently after announcing it will switch to Honda engines next year in a complex deal that also saw their Spanish driver Carlos Sainz loaned to Renault.

In his statement, Marko said: “Over the last 10 years, many successful, we have been through every emotion with our current engine supplier.”

“As usual, at the end of another long season, emotions are running high, but it is a valued relationship and will remain so.”

“There has never been any question that we have not been treated fairly and equitably by our engine suppliers and that is still true today.”