Hamilton: I have no idea what the future holds 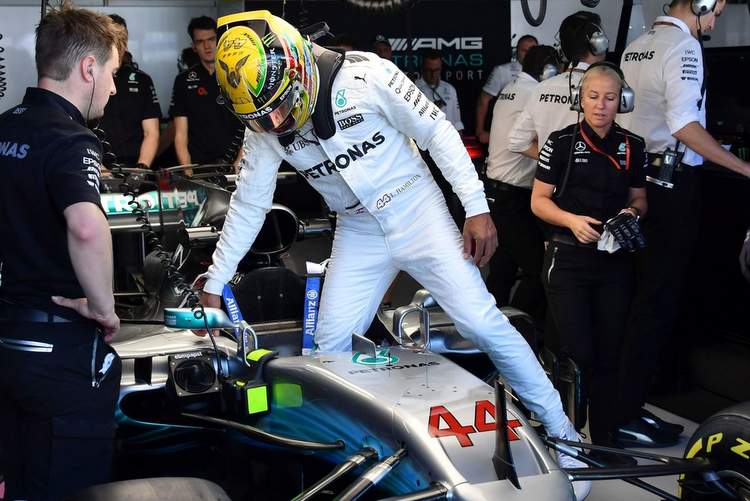 In the wake of Lewis Hamilton’s fourth Formula 1 World Championship triumph, the Mercedes driver hints that records – which he previously ignored – are starting to become a reality that he is seriously considering and at the same time suggests that his future in the sport is open ended.

Speaking to reporters ahead of the Brazilian Grand Prix, he said, “I always wanted to do something similar to Ayrton so the dream is expanding into an area that I wasn’t planning on.”

“I can continue winning for a long, long time, and I guess it ultimately depends if the fight remains within me. It is still there now.”

“There is no desire to chase down Michael, but I am a lot closer than I ever was. Before it felt so distant to get to 91 wins, and while it still feels a long way off, it is not impossible to think I could potentially get somewhere near.”

“I believe I can win more championships. I have got at least one more year in me, maybe more, and I have every plan to win more grands prix.”

Hamilton has been somewhat cagey about his future in Formula 1, but the smart money is that the 32 year old will stick around as long as Mercedes continue to provide him with a superb car.

Paddock talk is that the Briton, already the highest paid driver in the sport, is eyeing an extra $14-million to his already substantial package of $46-million as negotiations with Mercedes for a deal beyond 2018 is imminent, which would see him earn a whopping $60-million per year.

Meanwhile Hamilton remains cryptic about the years ahead, “I have no idea what the future holds, but I definitely do know that I will apply myself as I have done this year and raise the game even more for next year.

“I am grateful to be up there and among the real, real greats of the sport – not only among them but standing up there with them with four championships – and that is something I am very proud of.”