Hamilton crashes out of qualifying in Brazil 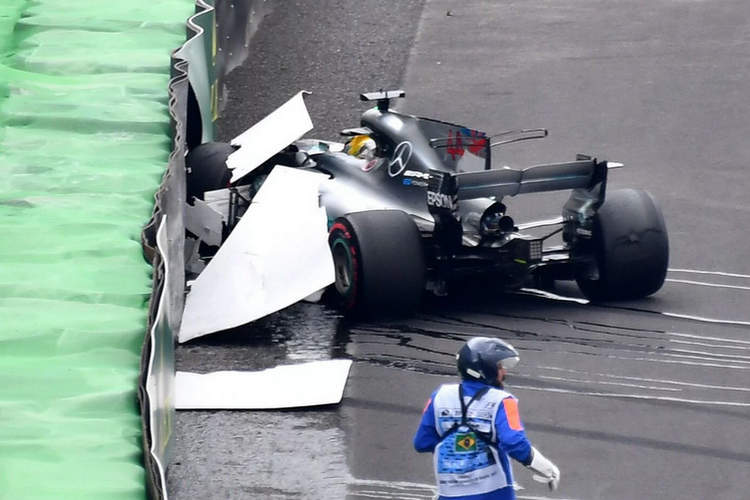 Formula 1 world champion Lewis Hamilton appeared to escape without injury when he crashed on the first lap of qualifying for the Brazilian Grand Prix.

Hamilton, who won his fourth season title two weeks ago in Mexico, lost control coming out of a turn on Saturday and crashed sideways into a padded retaining wall. He climbed out of the car without assistance after waiting for a medical crew to speed to the scene.

The Brazilian race is without much meaning for most of the teams as the business side of the title race is done and dusted. The season concludes in two weeks in Abu Dhabi.

Hamilton will start at the back of the grid on Sunday.