Interlagos FP2: Hamilton and Bottas own day one 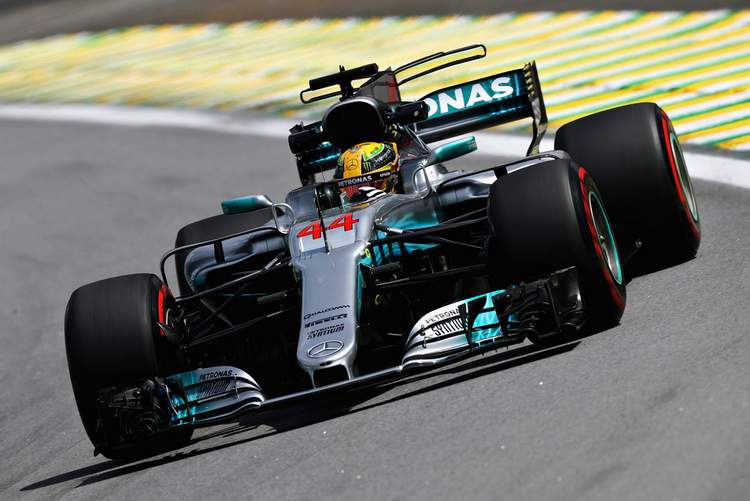 Mercedes continued their strong form from the morning free practice session to end the afternoon quickest of all, with Lewis Hamilton a tad faster than teammate Valtteri Bottas on the first day of practice of the Brazilian Grand Prix weekend.

Hamilton’s best time of 1:09.515 was a couple of tenths shy of the best time he set in the morning, but good enough for top spot on the timing screens at the end of the ninety minutes session at Interlagos. Bottas was a mere five hundredth of a second off his teammate’s best as Mercedes were rapid ‘out the box’ on Friday.

Red Bull’s strong form carried over from Mexico with Daniel Ricciardo and Max Verstappen at the sharp end of proceedings throughout the day. They finished third and fifth respectively, with good race simulation pace suggesting the boys in blue will be a force on race day. Ricciardo closing the gap to the Mercs to a couple of tenths.

Best of the rest was Esteban Ocon in the Force India, eight tenths down on Hamilton’s top time, with Felipe Massa eighth in the Williams which indicates that Mercedes powered cars are well suited to the track in Sao Paulo.

The Renault’s of Nico Hulkenberg and Carlos Sainz were ninth and eleventh, with McLaren’s Fernando Alonso splitting the pair in tenth.

It was a much better session for Toro Roso drivers Brendon Hartley and Pierre Gasly who both suffered engine problems in FP2 which curtailed their track action to six laps between the two.

In the afternoon they got going with Gasly ending 16th fastest ahead of Hartley in 17th, the New Zealander completing 54 laps, more than any of his rivals in the session. 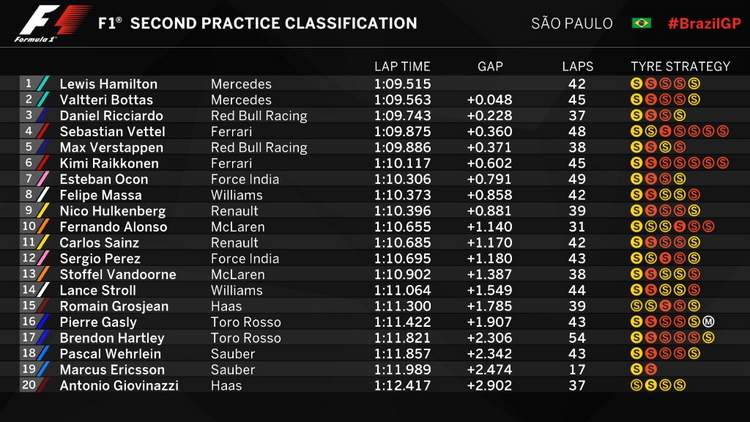