Hamilton: That doesn’t distract me from what I am here to do 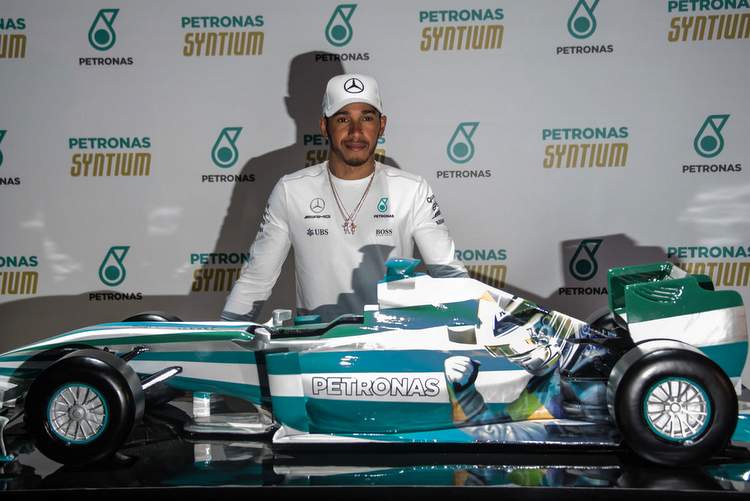 Two weeks since clinching his fourth drivers’ championship, Lewis Hamilton will be the focus of attention for more than one reason when he heads Mercedes’ bid to consolidate their championship-winning supremacy at the Brazilian Grand Prix.

The 32-year-old Briton, who confirmed his third championship with the ‘Silver Arrows’ when he finished ninth at the Mexican Grand Prix, has denied allegations of tax avoidance following the release of the so-called Paradise Papers, but remains engulfed in the controversy.

His behaviour, body language and form are expected to be scrutinised as closely as if the title race itself were still alive each time he appears in the crowded Interlagos paddock.

Hamilton reportedly got a £3.3 million ($4.3 Million) VAT refund in 2013 after his luxury private plane was imported into the Isle of Man.

Hamilton’s lawyers have said the tax structure leading to the VAT refund was entirely legal.

A hugely popular figure in Brazil, Hamilton is unlikely to allow the furore in his homeland to upset his preparations, even if he has spent much of the intervening week between Latin American races partying, relaxing and partying.

His childhood hero Ayrton Senna’s sister Vivianne told him on Wednesday that the Senna family will always “be on your side.”

For his Mercedes team, it will be strictly business as usual in Brazil as they take the opportunity to use the final two races of the season as a chance to prepare the defence of their drivers’ and constructors’ crowns in 2018.

The controversy, however, may attract unexpected and unwanted negativity as the team attempts to regain the ascendancy and take the initiative.

Hamilton made it clear at a news conference in Sao Paulo on Wednesday that he will not allow the controversy to distract him from his job this weekend.

“I’ve come from this great period of time with my family and friends that have this huge wave of positivity,” he told reporters. “Nothing can really dent that.

“I am focused on the race this weekend – and we have two races to go – and that doesn’t distract me from my core values and what I am here to do.”