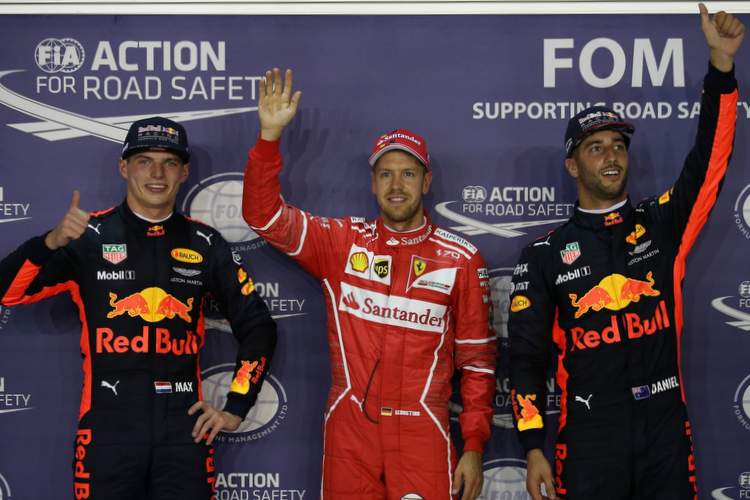 The 2017 Formula 1 World Championship titles are done and dusted and the pressure is off but the season could yet have a sting in the tail for four-times world champion Lewis Hamilton and triumphant Mercedes, ending the partying that the Silver Arrows folks have enjoyed for the past month.

Resurgent Red Bull believe they can win the last two races, in Brazil this weekend and Abu Dhabi at the end of November, while Ferrari are also eager to wrap up 2017 with a flourish.

“The last four races we’ve had the quickest car on a Sunday,” said Red Bull boss Christian Horner after Max Verstappen won in Mexico and Hamilton finished ninth to take the title.

“Hopefully Brazil can be a good track for us and why not in Abu Dhabi? It will be great to finish the season with at least one more victory.”

Verstappen excelled in the wet at Sao Paulo’s atmospheric Interlagos circuit last year, when his performance in racing from 16th to third in 15 laps drew comparisons with some of the greats.

The Dutch 20-year-old has now won two of the last four races, after a run of poor reliability, while Red Bull have scored more points than second-placed Ferrari since the end of the August break.

“As you would expect I’m hoping for another damp race weekend as I don’t think we can be as competitive there in the dry, especially with the elevation changes on the straight,” said Verstappen.

Australian team mate Daniel Ricciardo, also a winner this season in Azerbaijan, was hopeful even though the circuit is not one of his favourites.

Hamilton has won nine times this year, including five of the last seven, and can still equal the career best of 11 in a season he achieved in 2014. He took both the pole and victory at Interlagos last year.

Finnish team mate Valtteri Bottas is third overall and only 15 points behind Ferrari’s Sebastian Vettel, a four-times winner this year, with Mercedes determined to finish one-two for the fourth season in a row.

”Now the pressure is kind of off, we can go and enjoy these next couple of races,“ said Hamilton after Mexico. ”I think it’s important that we focus exactly as we have and continue to race as we have.

“This is not an opportunity for us to take our eye off the ball,” added the Briton, who was planning on visiting the Inca citadel of Machu Picchu in Peru with friends in between the Latin American races.

“The pressure is off so we should be able to perform better than we ever have and I believe we can.”

Sunday will also be a home farewell for Brazilian Felipe Massa, who is leaving Williams and Formula One at the end of the season.

Last year he made an emotional exit only to return when Bottas moved to Mercedes from Williams to replace the retired 2016 champion Nico Rosberg.

“I take so many great memories with me as I prepare for my final two races,” said the former Ferrari driver who missed out on the 2008 title to Hamilton by a single point.

“Although they will be emotional, I am looking forward to ending on a high note and preparing for a new chapter in my career,” added Massa.