Hamilton: Each year I don’t set a goal to make records 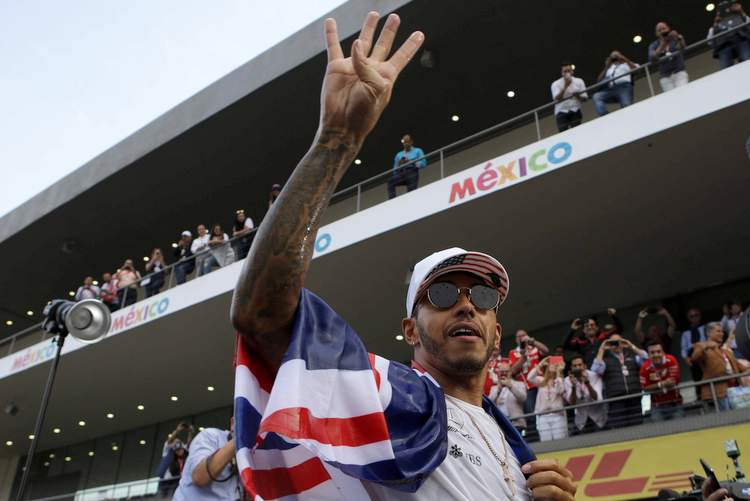 Lewis Hamilton recently claimed his fourth Formula 1 World Championship title, along the way he has broken some of the sport’s long standing records and inevitably the astounding feats of the great Michael Schumacher are now realistic prospects for the Mercedes driver.

But Hamilton is adamant he his not targeting records but rather savouring the fact that he is enjoying his racing, helped no doubt by being in the most dominant team of this era and the milestones are simply a bonus for him.

Hamilton said ahead of the Brazilian Grand Prix, “We all know how exceptional Michael was and his records have lasted for so long and there’s one particular record which is going to be very hard for anyone to catch. Each year I don’t set a goal to make records. I have a goal of somehow improving certain areas where you feel you could be better.”

“I love racing! I love the [fact that] I’m different. I love my different qualities, compared to the others. That doesn’t mean they’re better or worse, I’m grateful for the qualities and the abilities I have in the car.

“It is very very crazy to think that I’ve matched certain records from people; weekend in, weekend out, someone tells me of a new record that I’ve crept up on, but there potentially many many more years to go. I do look at my life – I travel so much, there’s so much that I do, it’s a lot of sacrifices. People talk about Michael’s singlemindedness about his job but to stand out in the world today it’s a lot harder, I think, because it’s all been done before.

“So to do something different as a Formula 1 driver, not only be the greatest you can be as a racing driver but also do other things, – prepare your afterlife to be just as great – although not as good because Formula 1 is just the pinnacle of the sport. You arrive on the biggest wave and afterwards there are going to be much smaller waves, but that doesn’t mean you still can’t do great things.”

“So doing something different that helps you stand out, that really highlights your individuality, I think is really important and that’s really something I’m working on.”

“I’ll continue to race while I love it. I’ve enjoyed it this year more than ever. I do think about ‘Jeez, it would be so nice at some stage just to live in one place, a lot more socializing, walking your dogs every day or surfing, whatever it is, but staying in one place for a period of time.’ But then I’m thinking there’s a lot of life to live beyond 40, there’s a lot to go and so the balance is: I can’t come back to Formula 1, so there’s going to be a point in which OK, I’ve had enough.”

“I’ve already been blessed and had such a wonderful time here in these 10 years. Hopefully I have my place here and I’m going to continue – while I’m at my best – and I want to go out on top, so that’s my goal. Obviously each year, I could do the easy thing like obviously Nico did, which is just stop and retreat with these four titles, but I think there’s more in me. I think there’s more to come, more of a challenge, as there’s harder times ahead and I like that, I love that – that’s challenging,” added Hamilton.

In 206 grand prix starts the Briton has amassed four championship titles, 62 wins, 116 podiums, 38 fastest laps and has the record of 72 pole positions.