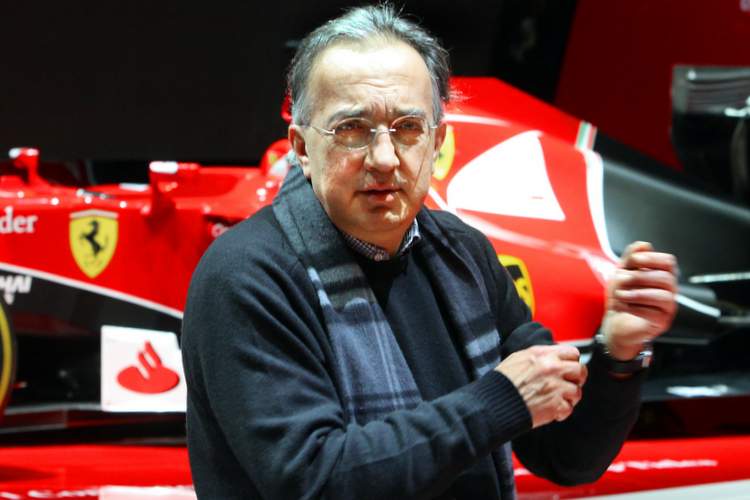 Ferrari could quit Formula 1 after 2020 if the sport’s new owners take it in a direction contrary to the Italian sportscar maker’s interests, chairman Sergio Marchionne declared on Thursday.

Marchionne told analysts on a conference call that while he supported cost-cutting, there were other strategic issues under discussion that could force Ferrari to consider racing elsewhere.

“It (Formula 1) has been part of our DNA since the day we were born,” he said. “But if we change the sandbox to the point where it becomes an unrecognizable sandbox, I don’t want to play anymore.”

Asked how he would feel about being the chief executive who led Ferrari away from Formula One, Marchionne replied: “Like a million bucks because I’ll be working on an alternative strategy to try and replace it. More rational one, too.”

Ferrari are the only team to have been in Formula One since the first world championship season in 1950 and also the most successful and glamorous, even if they have not won a championship since 2008.

They have accumulated a record 228 race wins, 16 constructors’ championships and 15 drivers’ titles.

It has long been accepted in Formula One that the Monaco Grand Prix and Ferrari are the two central pillars of the sport’s success, and their current share of the revenues reflects that special status.

Ferrari, celebrating the company’s 70th anniversary this year, first made sportscars to fund their racing activities under founder Enzo Ferrari and are a huge source of national pride in Italy.

Formula One has been under new ownership since January, however, with US-based Liberty Media taking over the commercial rights and ousting the former supremo Bernie Ecclestone.

Liberty want to level the playing field and rebalance revenues once the current agreement with teams expires at the end of 2020.

Proposals for a new, cheaper and simpler engine were presented in Paris on Tuesday and there is another meeting of the sport’s Strategy Group next Tuesday to discuss other changes.

“Liberty has got a couple of good intentions in all of this, one of which is to reduce the cost of execution for the team, which I think is good,” said Marchionne.

But he said Ferrari and Liberty appeared to be “somewhat at odds in terms of the strategic development” after 2020.

“I think you need to be absolutely clear that unless we find a set of circumstances, the results of which are beneficial to the maintenance of the brand in the marketplace and to the strengthening of the unique position for Ferrari, Ferrari will not play,” he said.

Marchionne said, however, that he would not pre-judge anything.

“We’re walking into this meeting next Tuesday with the best of intentions, we’ll see where it takes us,” he said.”

“I am attending those meetings on strategy because it’s important, because it matters a lot to this business,” added Marchionne. “The financial implications of the wrong choice for the moment going forward are pretty significant to Ferrari.”

Big Question: Are Ferrari posturing or is their leaving Formula 1 a reality?