Vettel: As a team there is a lot we can improve on 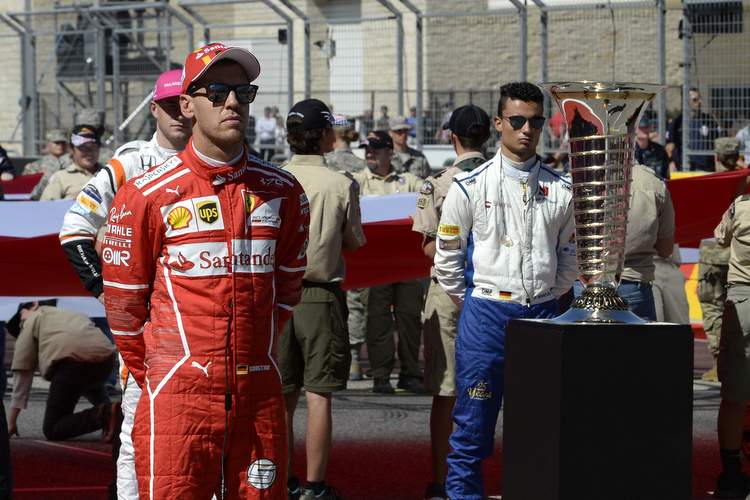 Sebastian Vettel admits that the reality of not winning a Formula 1 World Championship since 2013 is tough to digest, but he also feels that his Ferrari team have, this year, laid the foundation for future success while acknowledging there is still scope for improvement.

Vettel spoke in the wake of conceding the 2017 title to Mercedes driver Lewis Hamilton at the recent Mexican Grand Prix.

From 2010 to 2013, Vettel was the king of Formula 1, winning four consecutive world titles as a Red Bull driver, but since then pickings have been slim. His move to Ferrari, in 2015, has yet to deliver a championship.

The Reds have not won a F1 world championship since 2007 when Kimi Raikkonen bagged their last title.

Asked how he deals with the title ‘drought’ the German replied, “You never know what happens. Maybe I fall off the bus next week and break my leg. I don’t hope that but… I don’t know. It’s not the way I look at it – I don’t count the days.”

“I want to win the world championship with Ferrari. That’s my goal. Having to realize it didn’t work out this year is tough. What the next years bring, I don’t know. I think we still have a lot in us as a team and a lot we can improve on. That should make it easier to fight for it again.”

Vettel, led the championship by 14 points at the summer break, but did not win a race thereafeter and had a particularly dismal Asian leg, while Hamilton powered to five decisive victories during that period.

“In the end, you have 20 races; we’ve had 18 so far. You add the points up and it’s not enough. What does it matter in the end? I’m not a big fan of pointing fingers in one race. We had two races that we didn’t finish and Lewis won both of them. They were the most costly.”

“But it’s normal you have the feeling here and there that you could have got a bit more. Whether it’s realistic or not, I don’t know. As I said, it doesn’t change anything now,” mused Vettel.

As for 2018 he added, “You never know what will happen in the future. But next season I will do my utmost to keep Lewis from getting the fifth title. 2017 was his year, 2018 is another story… everything starts again at zero. We are on the right path and I firmly believe that we can be at the front in 2018. ”

Big Question: Will Ferrari bounce back next year and claim the title/s?