Arrivabene: A supplier cost us the championship 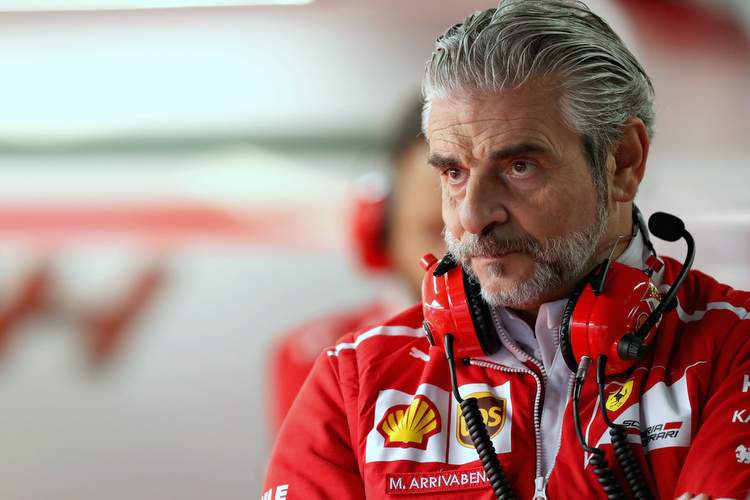 In the first half of the 2017 Formula 1 season Ferrari looked set to take the championship battle all the way to the final race but the team’s challenge collapsed spectacularly, prompting the team’s chief Maurizio Arrivabene to point to a supplier’s failing for the ultimate downfall of his team’s campaign.

A host of issues – the spark plug failure springs to mind – conspired to scupper Ferrari’s challenge in the latter half of the season.

Vettel’s non-scoring in Singapore, due to a start-line melee, and then the spark-plug failure in Japan proved to be a fatal blow to his championship campaign.

Arrivabene acknowledged in an interview with Sky, “We lost the Constructors’ Championship and some races for a small detail that was related to a supplier.”

“It was not funny at all but it’s a learning process. We need to put even more attention on all these elements to be sure that we can confirm next year the car is really strong as it was this year.”

“Sometimes the devil is in the detail. It’s another lesson learned and we’re looking forward to the future to do better and better and better,” he added in the team principals’ press conference.

“It’s a question sometimes of adjustment rather than revolution. This year we paid a heavy fee for detail and I said we need to be a bit more focused on the processes.

“We need to be more focused in other areas but the positive is this is a team that is not giving up, is learning from mistakes and is a team that is fully committed not just for next year but for the next three races.

“We would like to fight until the last turn on the last lap of the last race. We have a lot of positives. I saw quite a young team working very, very well on the car here and in Maranello.”

“The guys are very united, they are exchanging information and are very focused. No one was expecting the performance that we had this year,” added Arrivabene.

Big Question: Is it fair for Ferrari to blame a sole supplier for their 2017 season failings?