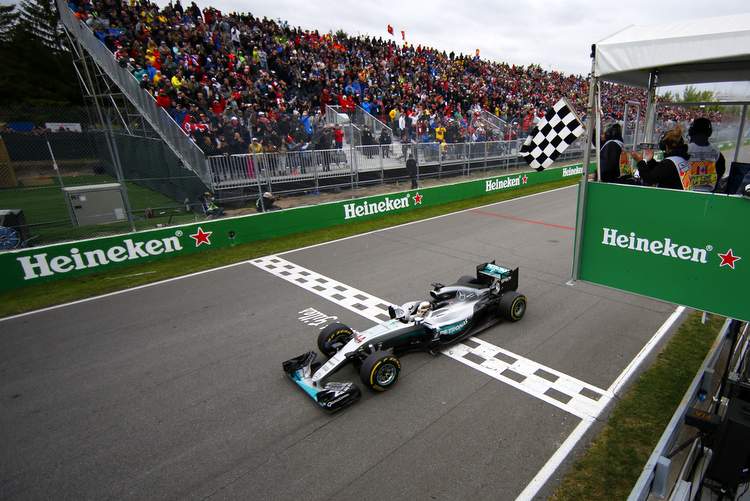 Heineken is betting on Formula 1 to help it reclaim the title of leading global lager from Budweiser, a strategy that depends on broadening the sport’s appeal in Asia and persuading fans to pay more for their beer.

Heineken has grown strongly in Asia over the past five years, but the sales boost was driven by its cheaper Singapore-based Tiger beer brand rather than its higher-margin namesake lager, which it promotes at the Grand Prix.

Asian drinkers have also turned to its cheaper rivals Budweiser and Tuborg. Heineken brand sales have grown more slowly in the region than globally for the past three years and fell 7.1 percent in the first half of 2017.

The Dutch brewer, Budweiser’s Belgian owner Anheuser-Busch InBev and Danish Carlsberg, which makes Tuborg, need regions like Asia to cut reliance on lower-margin Europe, or North America, where craft brewers are muscling in.

Heineken has ruled out an all-out scrap for market share, leaving it vulnerable to rivals selling “premium” products at a lower price. Formula 1 presents a risky choice in a region where some countries have dropped the race, although Asia had as many races as the sport’s heartland Europe in 2017.

The world’s second largest brewer says the sponsorship, which it launched in September last year to supplement the Champions League soccer sponsorship it has had since 2005, will bring 200 million extra television viewers, many in Asia.

“For us in Formula 1, every race with this level of hospitality is like a final,” Heineken brand director Gianluca Di Tondo told Reuters at the Italian Grand Prix, where Asian customers were among its guests.

The Heineken Chinese Grand Prix in April, one of only three races to bear the Heineken name and extra branding, was designed to make a mark in the world’s biggest market, of which Heineken has only a very small slice.

Heineken costs 10-25 percent more in China than Budweiser, which is also marketed as high-end, but the Dutch brewer believes consumers will ultimately pay a little more for the cachet of drinking its 150-year-old namesake brand.

“We are a world brand, we are everywhere and we tend to have price points that are a bit higher and a bit more premium and we want to keep it like that,” Heineken chief executive Jean-Francois van Boxmeer said.

It was largely growth in China that helped Budweiser end a 30-year stretch for Heineken as the number one global lager last year, beer consultants Plato Logic said, in a ranking excluding sales in home markets. Chinese brands are the biggest overall.

“We need to fix China and Vietnam,” Di Tondo said in the interview at the Grand Prix in Monza, where Heineken posters plastered the stands.

Still, Heineken sold 17.9 percent more beer in Asia last year than in 2015, compared with declines of 3 percent for Carlsberg and 1.1 percent for AB InBev. Its shares have outshone rivals this year.

Olivier Dubost, head of Carlsberg’s sales and marketing in Asia, said he saw bigger growth potential in southeast Asia for less expensive lagers. Carlsberg’s Tuborg is priced more in line with Tiger than Heineken and sales have more than tripled since 2013.

Carlsberg chief executive Cees t’Hart said it would focus on China, India and Vietnam, where a million people reach the legal drinking age every year, 90 percent of alcohol consumption is beer and pricier lagers are showing fastest growth.

Vietnam has begun the process of selling majority stakes in two state-controlled breweries in which Carlsberg and Heineken respectively already have stakes.

Heineken is also looking to Cambodia, hoping it will become like Vietnam “not in 50 years, but in three”.

AB InBev attributes Budweiser’s success in China to partnerships with electronic dance DJs and music festivals, adoption by bars and restaurants and a focus on young millennials.

The average age of Formula 1 fans, meanwhile, was almost 36, digital media group Motorsport Network concluded from a global survey in May, although the 16-24 age category grew and fans were on average younger in Asia than in Europe or the Americas.

However, India, South Korea and Turkey no longer host races, Malaysia will not from next year and in China spectator numbers have fallen, although steps have been taken to reverse that.

“Of course if it were possible to have a Grand Prix in Vietnam we would be very happy,” Di Tondo said.

Formula One has added some $55 million per year to the roughly $75 million Heineken pays to sponsor Champions League, according to Simon Rines, director of IMR Sports Marketing.

Without giving figures, Di Tondo said add-ons from hospitality to promotions to digital marketing and videos such as a go-kart contest between drivers and soccer players cost about twice as much as the annual fee.

Part of that was for the launch of new, no-alcohol Heineken 0.0 at the Spanish Grand Prix in May, the kind of innovation Heineken sees as a key strength.

“But it is also a sign that the market is extremely competitive,” said Jasper Jansen, an analyst at the Dutch VEB shareholders association. “You must constantly be coming out with new products and more marketing spend to reach customers.”

Heineken says its strategy is to “recruit” new customers.

Cars and alcohol arguably do not mix, although Heineken has addressed the issue with a “When you drive, never drink” slogan and bottle crossed through with a red line.

“There will be people who always see Heineken with a red line across it, and we’ll take that,” said Heineken´s sponsorship director Hans Erik Tuijt. “That’s part of the calculated risk we took.”

Big Question: How important is the Asian sector for Formula 1?