Wolff: The difficult diva was back 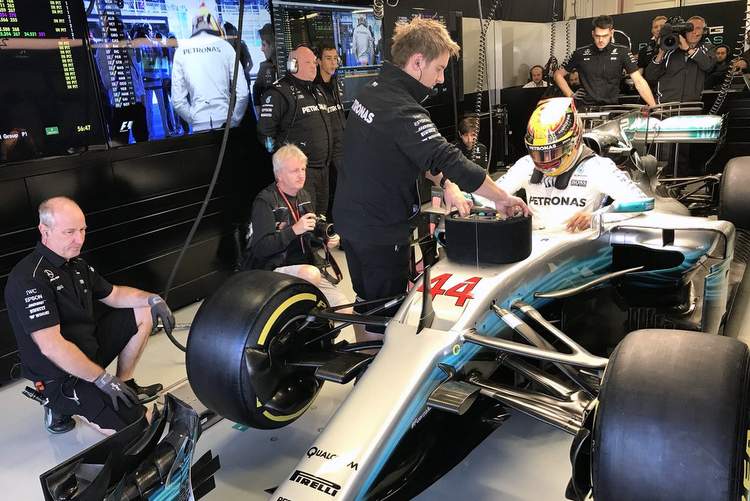 The Fat Lady may be about to sing on the occasion of Lewis Hamilton’s fourth Formula 1 world championship but Mercedes also saw the return of a difficult diva on for qualifying on Saturday.

He was nearly half a second slower than Ferrari’s Sebastian Vettel, who has kept his hopes alive by saying the “fat lady has yet to sing”, and also behind the Red Bull of 20-year-old Dutch sensation Max Verstappen.

“The difficult diva was back,” team principal Toto Wolff told reporters, using the nickname bestowed on the car early in the season.

“We knew that Mexico with its high downforce configuration wouldn’t suit our car,” added the Austrian, whose team have already won the constructors’ title for a fourth successive season.

“I’m actually, considering the circumstances, quite pleased with the progress we have made since Budapest and Singapore, how we have understood the car better and also the tyres.”

Hamilton, who needs only to finish fifth on Sunday to be sure of the title even if sole rival Vettel wins, has been off the pace all week.

Hamilton was second in all of them at a circuit where he won from pole last year. The Mercedes has proved a tricky car to drive this season at certain circuits while dominant at others.

Although Hamilton won in Singapore, that was only after Vettel and team mate Kimi Raikkonen collided at the start after a three-way dash for the first corner with Verstappen.

Wolff expected the race to put engines and brakes under considerable stress at a high-altitude circuit where overtaking is difficult.

“It’s certainly going to be difficult for all the competitors in terms of engine and brake cooling. I think we have taken a bit of a margin,” he said.

“We had assumed that the Red Bulls and Ferrari could have a really strong qualifying here. We had some hope after FP3 (final practice) and also after having shown a really strong long run with Lewis yesterday,” added Wolff.

“But you have to stay realistic and set your targets in the right way. I am a little bit deflated, third and fourth is not what we aim at but it’s probably the realistic performance level.”