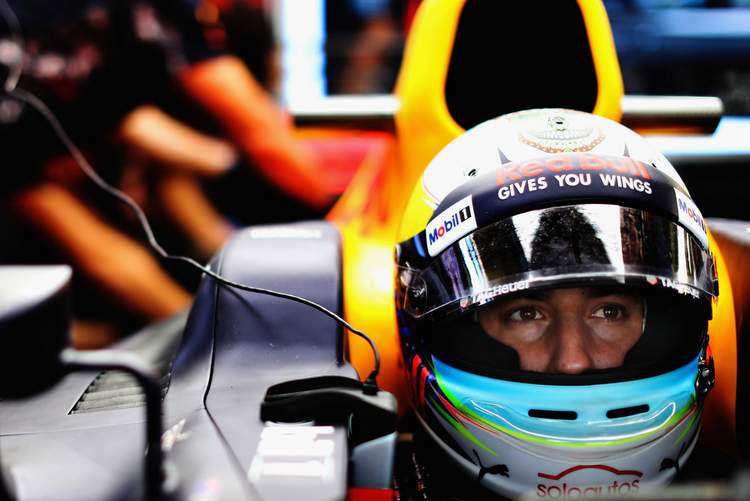 Daniel Ricciardo has dropped down the grid from seventh place to 16th for the Mexican Grand Prix after Red Bull opted to make engine changes to the Australian’s car.

Toro Rosso rookie Brendon Hartley will also take a grid drop after a turbo failure ended his qualifying and will start his second grand prix from 17th. He qualified 13th.

Ricciardo, who had a below par qualifying, received a 20-place penalty for the use of a seventh MGU-H plus sixth main engine and turbocharger.

The three other drivers with penalties, are McLaren duoFernando Alonso and Stoffel Vandoorne as well as the other Toro Rosso driver with Pierre Gasly.

Felipe Massa is promoted into the top 10 as a result of Ricciardo’s demotion, while both Sauber and both Haas cars move up two places on the grid.

The top six are unaffected by penalties, with Ferrari driver Sebastian Vettel on pole with Max Verstappen next to him in the Red Bull.

Lewis Hamilton. who only needs to finish in fifth or higher to claim his fourth F1 World Championship title, will line-up his Mercedes third on the grid. 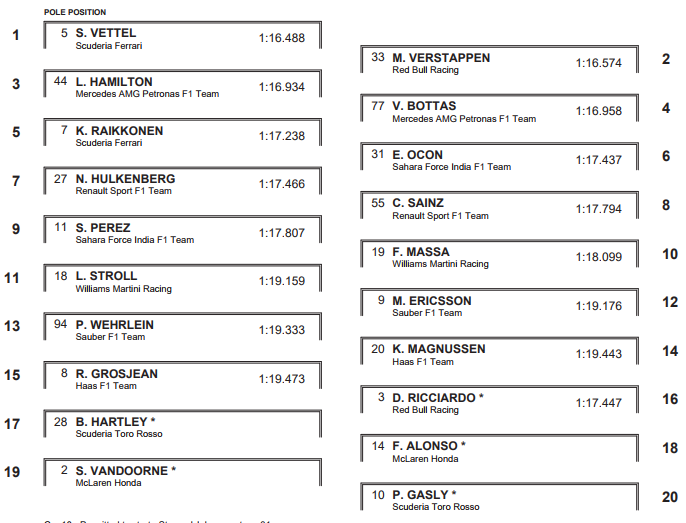