Newgarden: I would love to do Formula 1 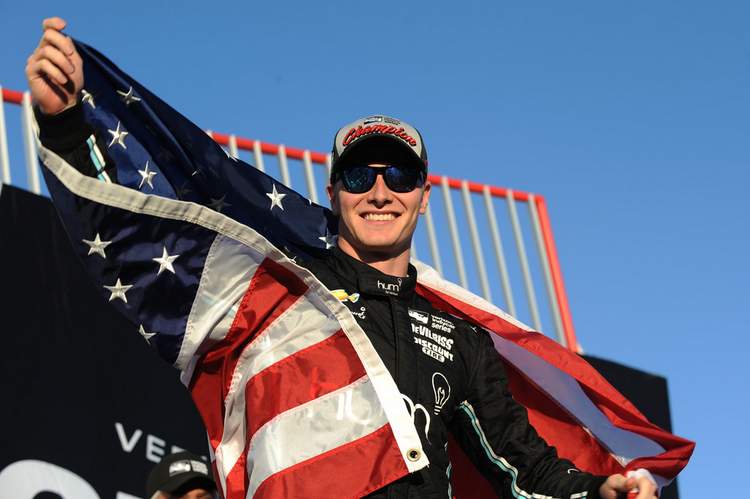 Josef Newgarden, the recently crowned IndyCar champion with Penske, has hinted that he would be keen to try his hand at Formula 1 if the circumstances allowed him to do so in the future.

Speaking to ESPN, Newgarden said, “The IndyCar series, to me, is a really great one now it’s on the up, it’s got great competition, but absolutely, Formula One, I’d love to try it.”

“I’ve got to understand where I am at. I’m in the best situation I could ever possibly dream of in the American side.”

“With IndyCar, with American racing, you can’t beat Team Penske. Even on a global scale, they are arguably one of the greatest motorsport teams in all of history. You look at that and you say: Well, I’m in a phenomenal position.”

“I’m a bit like Fernando [Alonso] in a way that he wants to try all different disciplines. He wants to be well-rounded, and I agree with that a lot. I’d love to try every form of motorsport, sports cars, NASCAR. I love IndyCar and want to continue doing that, but also I would love to do Formula 1.”

“It was a dream of mine when I was younger to do multiple forms of open-wheel racing, IndyCar and Formula 1. If it was something that I could dip my hand into, I would be all for it. If the right opportunity came about and we could make it happen, I’d want to try it.”

“I think you’ve got to look at it in terms of years. I’m still young enough where it’s possible to go do that. If you hopefully make it to 40, 42 in motorsports … when you’re 26 there’s still time to move around a bit right now.”

“I would definitely be open to moving over to here and this side of the world for a little bit, but my end goal would probably be to come back to IndyCar if that happened.

“You never know how these things shake out. For me, I’m focused on IndyCar and working for Team Penske. That’s my gig, and I’m very happy with it. But if something could be worked out in Formula 1, I would absolutely look at it and try to make it happen,” added Newgarden.

It is unlikely that Newgarden, as the reigning Indycar champion, would want to or be in a position to get a Formula 1 seat for 2018. Indeed of the few that are available Williams is the most attractive.

But the Grove outfit have several options and it would be highly unlikely that they would opt for a driver with no experience in F1 to partner Lance Stroll.

Having said that Williams have in the past tested Indycar champions including Al Unser Junior and Jacques Villeneuve, the latter became World Champion with the team in 1995.

Probably the most realistic option, in the future, would be with the American Haas team. The value of a US driver on the grid is obvious, as the sport – with new American owners Liberty Media – keen to develop the F1 brand Stateside.

Whatever the case, one could imagine a F1 team chief taking note of Newgarden’s ambition and offer him a test, after all it would not hurt anyone and would generate much interest.

Big Question: Does Josef Newgarden deserve a shot at Formula 1?