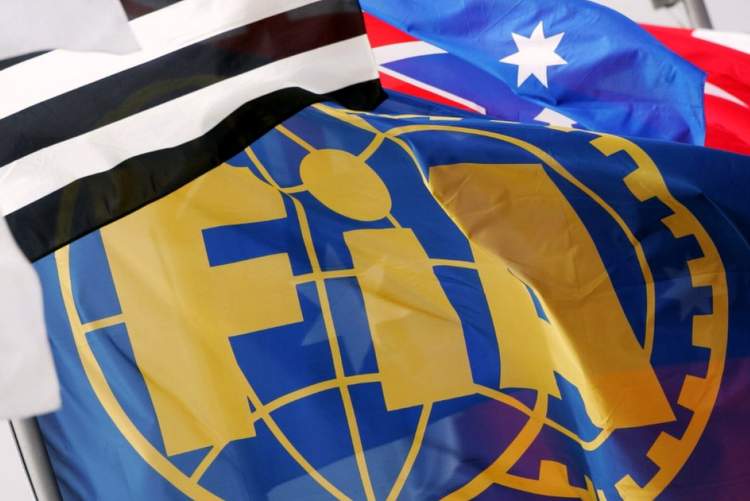 I found the 2017 United States Grand Prix to be exciting, enjoyable, and very satisfying.

Everything in the days following has been very dispiriting. By that I mean both the news and the exchanges in the forums. I think that we need to look past all of the angry words and controversy to identify the root of the problem.

In the final analysis, I believe the root cause of all these issues is the fact that the FIA does a very poor job of running and officiating these races. Regardless of our team allegiances and personal likes and dislikes, how many of us have full confidence in the FIA to perform their duties with professionalism, consistency, fairness and a lack of bias?

Every single week there’s some issue where people question the officiating of the stewards. Every week one group or another question whether or not some shady backroom deal has been done or political pressure applied. Some of these recurring issues are not really the FIA’s fault, and by that I mean these idiotic grid penalties that seem to have reached a new peak at Austin, but what we see on race day is the work of the FIA.

If they took a vote, the FIA would surely merit a resounding NO CONFIDENCE vote from just about every fan and most of the teams in the sport.

The FIA has earned this. They write and codify the regulations the teams agree to, and they do an exceedingly poor job of it. The wording is often vague and leaves loopholes you could drive a team transporter through.

These people are supposed to be the consummate professional “rule writers” and yet any good lawyer would look at the FIA regulations for F1 and burst out laughing. Regarding this week’s argument about coloring inside the lines, we know the intent of the regulation, but we also know that it was written so as to give the stewards discretion to ignore the intent of the regulation entirely.

Inevitably, some driver is going to guess wrong, get penalized, and believe he has been treated unfairly, and then there will be bad feelings and controversy.

When the DISCRETIONARY POWER of the stewards allows them to ignore an infraction, there are no regulations.

Regarding the 2017 USGP, I think this entire argument has moved beyond discussing whether or not Max had all four wheels outside the lines. For me, there are two issues that need to be clearly examined:

1.) Are there truly extenuating circumstances such as avoiding a collision that allow the stewards to NOT penalize an infraction as the wording of regulation 27.3 implies?

2.) Do the stewards have discretionary powers of sufficient scope to completely ignore the “four wheels out” condition of some drivers and then hand out penalties to others for the same infraction?

In this race, the stewards clearly demonstrated that they have discretionary powers that allow them to look the other way on certain selected infractions, including the “four wheels out” infraction, so we know the answer to the first question is a big YES. (Spare me arguments about it being early in the race or late in the race. Let’s stick to the regulations.)

The answer to the second question is also a big YES because we saw the stewards do exactly that and be subsequently supported by the FIA at large. Others drivers, in defending or attacking, gained advantage by going off the track and were not penalized. What was technically different about Verstappen’s pass that warranted a penalty where the others did not?

I submit that the stewards COULD have looked the other way and let the exciting finish stand. Verstappen may have deserved that five-second penalty (you decide), but the stewards had the option of not enforcing the regulation just as they had done with others earlier in the race. Their hands were not tied. They decided how the race would end.

Any problems of this sort are exacerbated by the fact that the stewards change from race to race, and also by the fact that many of us don’t really trust Charlie Whiting to make the right decision or do the right thing. Tell the truth: You may think the FIA did everything right this week, but next week the shoe will be on some other foot and you will be screaming about the officiating.

We need to have one team of stewards who are carefully selected at the beginning of the season and travel as a set to each and every race. Hire professionals to do this. Pay them to do the job. Don’t just appoint a pickup crew based upon who is handy for each venue. We need to appoint stewards who use their discretionary power wisely and equitably.

Charlie Whiting is responsible, either directly or indirectly, for the correctness of these rulings. He is the race director and can override the stewards. If they make a bad call, Whiting needs to step in and correct the situation. If he doesn’t, we need to question his fitness for holding that position. Have you ever seen Whiting step in and override the stewards even in the worst situations?

Charlie Whiting should required to be available to the press after every race, just like the drivers, and he should answer any and all questions. Make him, as race director, accountable for doing his job and doing it properly.

Let us have SOME sort of transparency in this officiating process. Without transparency and openness we are all forced to guess at what took place and find ourselves having arguments based upon rumors and conspiracy theories.

Personally, I would be extremely pleased if Liberty Media simply dumped the FIA entirely and removed them from their organizing and officiating role. They are an archaic organization, a holdover from a time long gone, a bunch of dinosaurs. Even if the “Formula One” moniker was lost, it would be worth it to be rid of this bloated bureaucratic anachronism. They are incompetent. They have no credibility. They need to change, or else they need to go.

This change may never happen, and if it doesn’t nothing will improve. When the fans and the teams and the sponsors lose confidence in the organizing and officiating body, they’ll move on and others will be reluctant to take their place. It is bad for the business. It is bad for the sport. It is bad for Liberty Media’s bottom line.

Note: This is an personal opinion piece by GrandPrix247 Reader Napoleon Solo and does not necessarily reflect the opinion or stance of our editorial team. Nevertheless we believe in providing Readers a platform to air their thoughts and views as in this case.

Big Question: Does the FIA merit a no confidence vote?