Marko: Kvyat will not return again 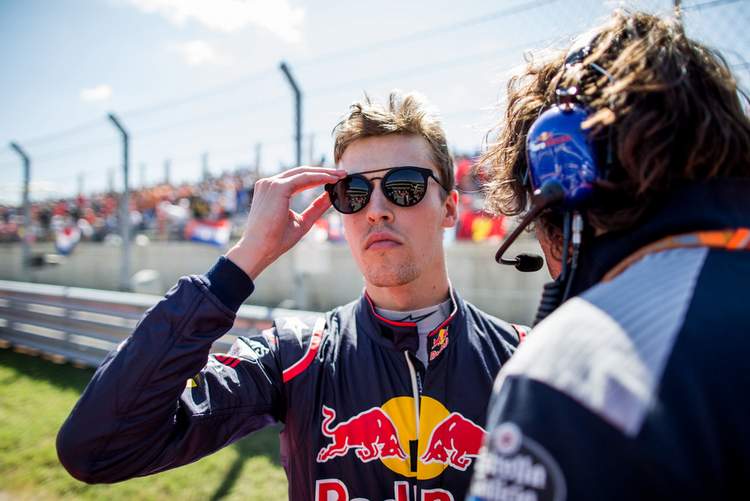 Daniil Kvyat will not return to Formula 1 this season in what appears to be a final axing for the beleaguered Russian driver, whose last race was at the recent United States Grand Prix where he finished tenth

Red Bull consultant Helmut Marko told Auto Bild, “Kvyat will not return again. We do not believe he can make the turnaround in the long term. [Pierre] Gasly and [Brendon] Hartley are finishing the season. Then we’ll see what happens.”

Before this latest announcement, in Austin, Kvyat, seemed resigned to his plight and told reporters, “If you’re asking me if I have a Plan B or C, yeah I do have a few thoughts. Formula 1 is not everything. There are other good opportunities in this life.”

“Here, behind curtains many things are going on, always. It’s not like I am always just sitting waiting. I‘m obviously thinking about other things… but now is not the right time to talk about this.”

“I’m always going to be a racing driver and I always want to race. But there are always good places to be somewhere,” added Kvyat.

Toro Rosso chief Franz Tost said when the team decided to drop Kvyat for Malaysia, “For a variety of reasons, some of them due to technical problems, but others being mistakes of his own making, Daniil Kvyat has not really shown his true potential so far this year.”

Thus comes to the end a career packed with ups-and-downs. Kvyat’s career in Formula 1 has been checkered, starting off as a Toro Rosso driver in 2014 he impressed and was quickly promoted to Red Bull for 2015.

But a series of incidents, and the rapid emergence of Max Verstappen within the Red Bull ranks, led to Kvyat’s demotion after the Russian Grand Prix last year, and the beginning of the end.

This season he had under-performed, scoring just four points in 16 races compared to Sainz’s haul of 48 while they were teammates. He was sidelined to make way for Red Bull prospect Pierre Gasly, allowing him to make his debut in Malaysia.

Thereafter the Russian was also forced to sit out the race in Japan before returning, for what was to be a final race, in place of Gasly who was contesting the final round of the Japanese Super Formula and Carlos Sainz had made his move to Renault.

Former Red Bull and Toro Rosso tester, Brendon Hartley was called up to fill in for Sainz alongside Kvyat in Austin. The New Zealander and the Frenchman now get to stay on with Toro Rosso until the end of the season.

Big Question: Has Daniil been unfairly treated by Toro Rosso?