Brawn: We need to use technology for accuracy and consistency 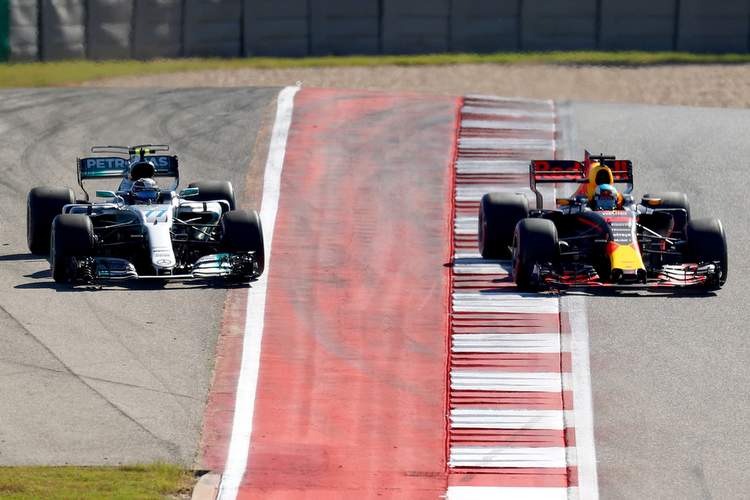 Formula 1 motorsport boss Ross Brawn is calling for a more precise manner with which the FIA can monitor races and dish out penalties and believes that existing technology is in place, within the sport, to aid race stewards with accurate and consistent decision making.

Speaking in the wake of the controversy that has erupted after Sunday’s United States Grand Prix, where Red Bull driver Max Verstappen lost out on third place after a storming drive that earned him the Driver of the Day accolade.

But his hard earned third place was reduced to fourth after race stewards deemed his last lap kerb-hopping overtake, on Kimi Raikkonen, was illegal as he had gone beyond the track limits to gain an advantage and as a result gave him a five second penalty.

The outcry that followed was based primarily on the inconsistency of the decision making process which appeared to allow several drivers, also abusing track limits, to go unpenalised during the race in Austin.

Speaking ahead of the Mexican Grand Prix, Brawn told media, “Once the dust is settled, on this episode, it would be good to review cases such as this with all the relevant parties: the FIA and the teams.”

“In every sport technology is becoming more and more important in allowing referees to take sporting decisions with more accuracy and readiness.”

“It’s happening even in football, where a video review system is in place in leagues like Bundesliga in Germany and Serie A in Italy.”

“In Formula 1 we already have exceptional video technology but I think we need to look at how we utilise it in order to maintain accuracy and consistency,” added Brawn.