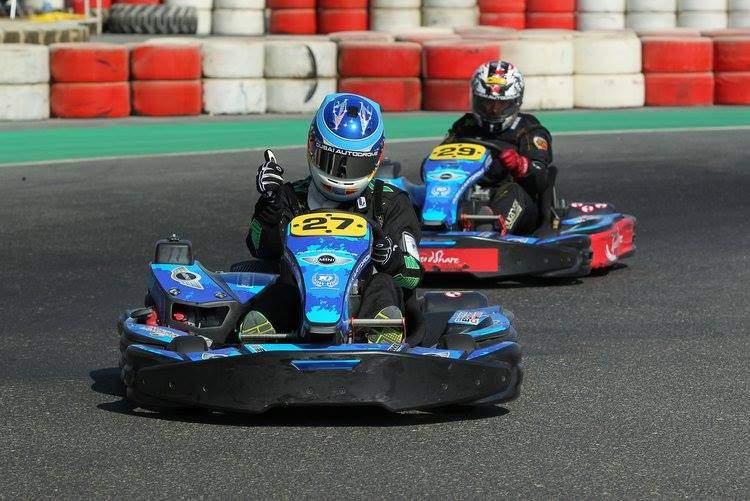 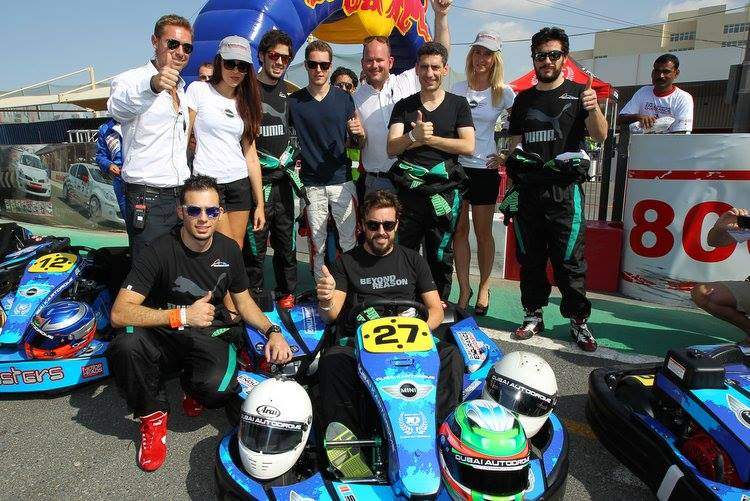 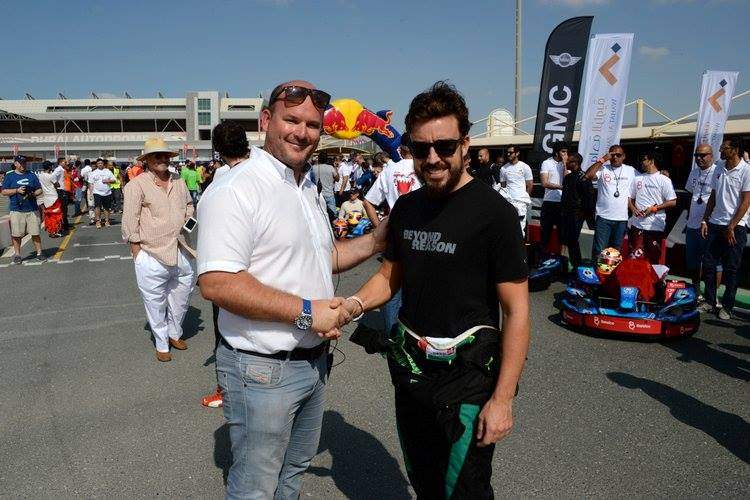 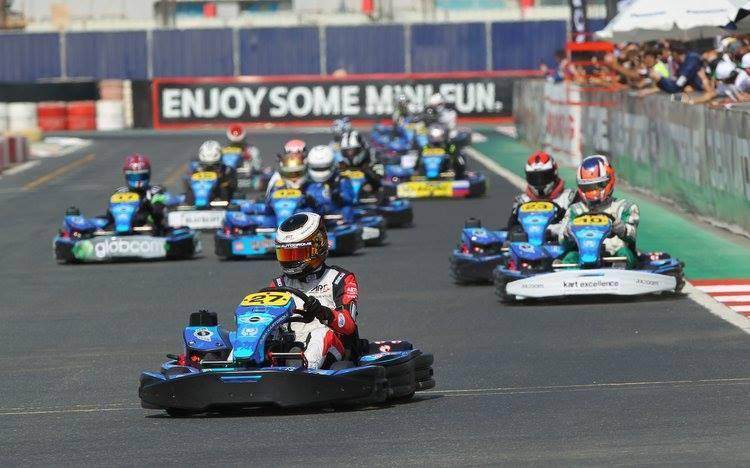 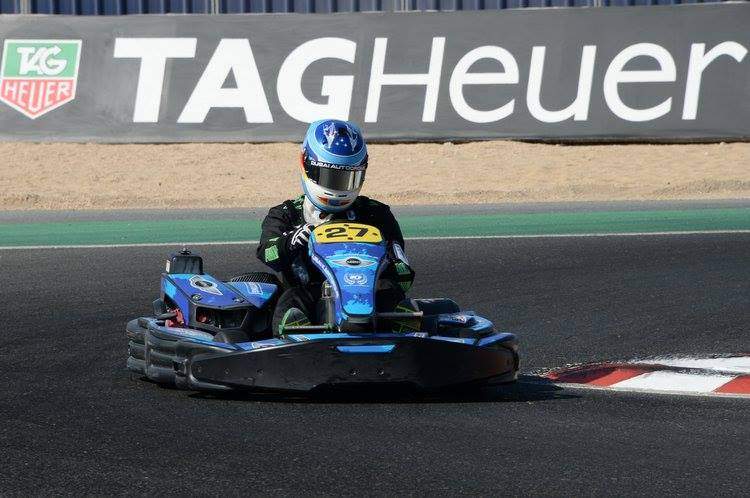 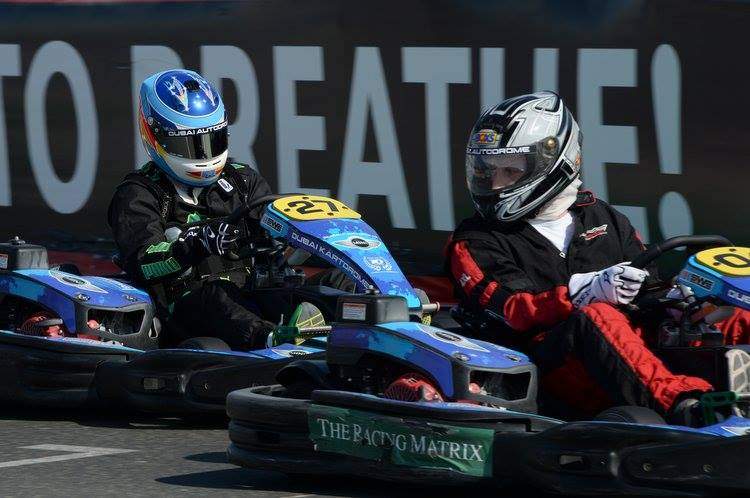 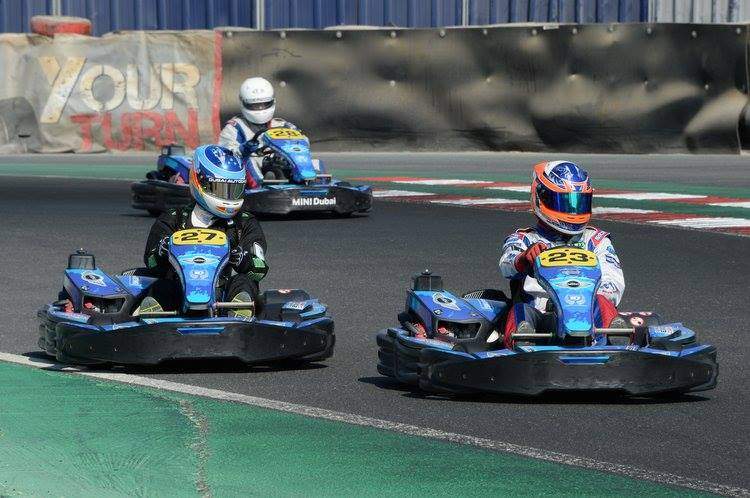 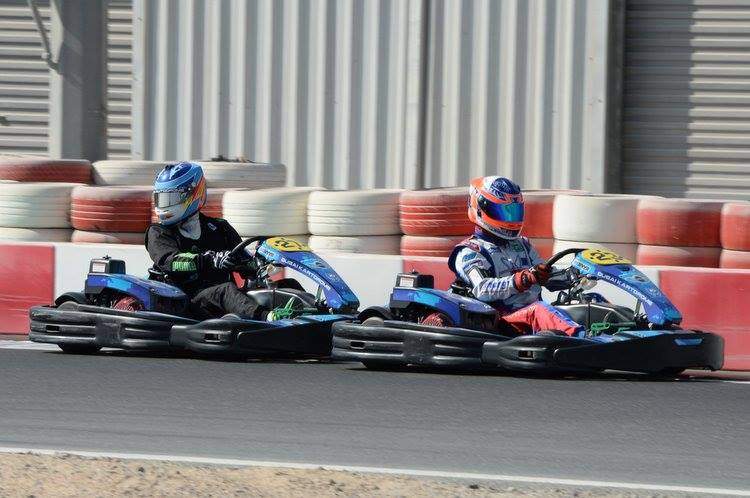 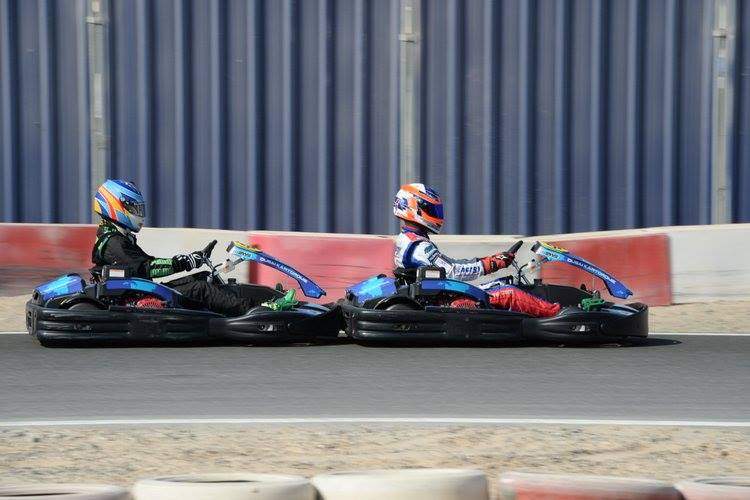 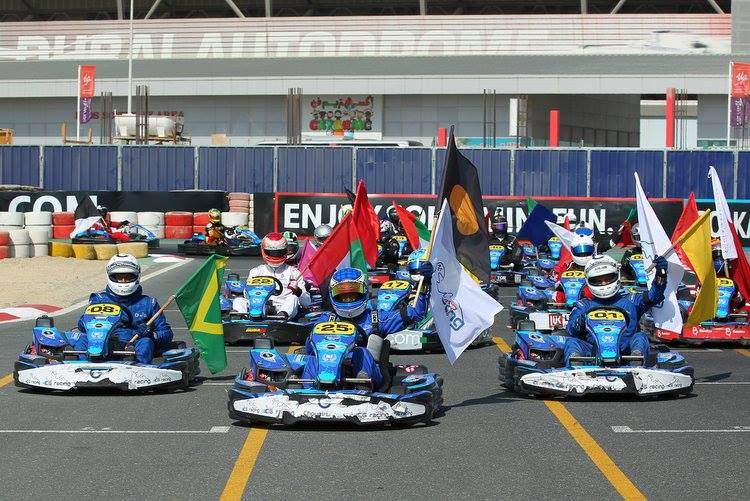 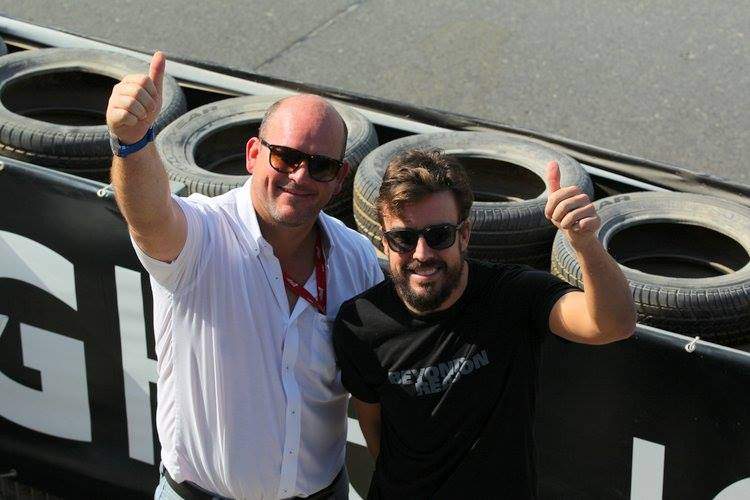 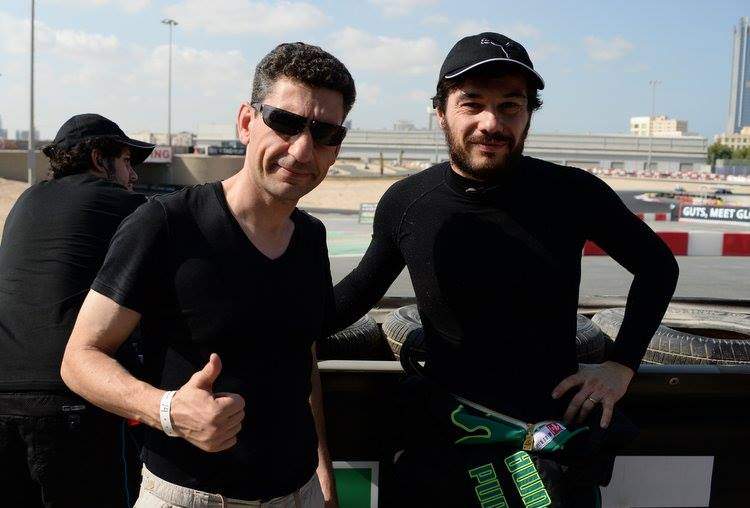 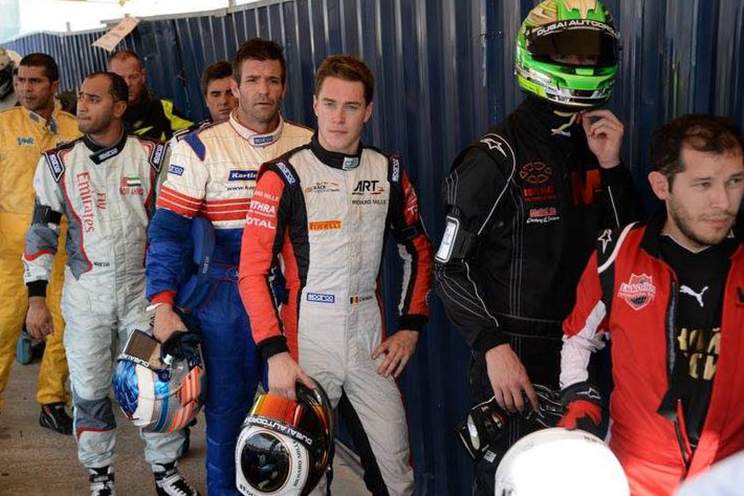 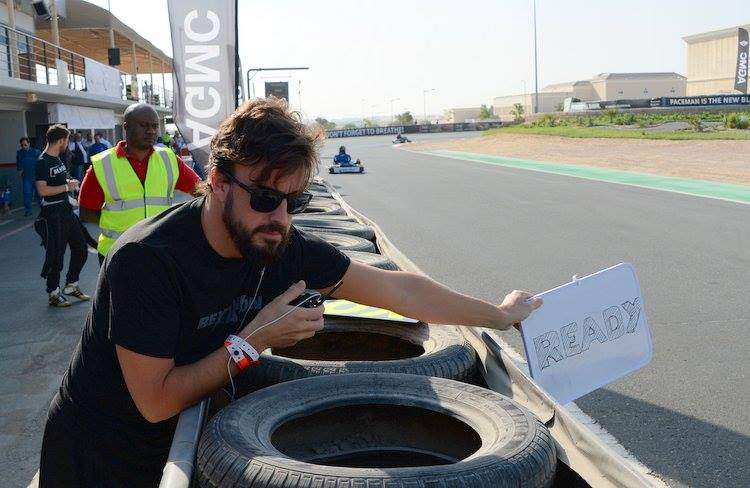 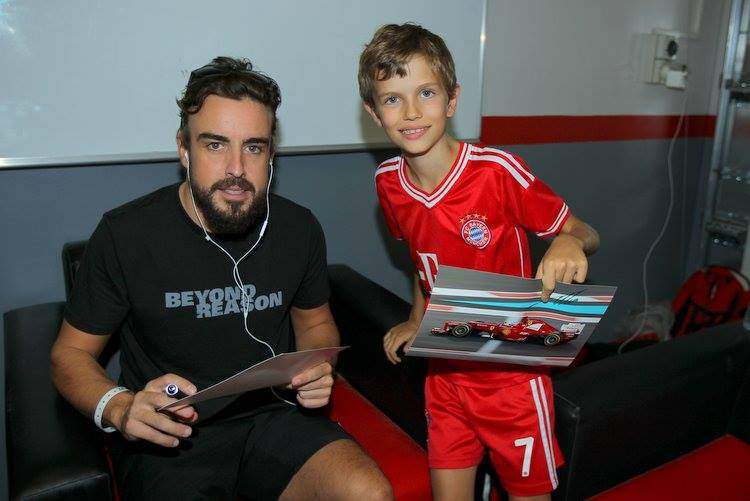 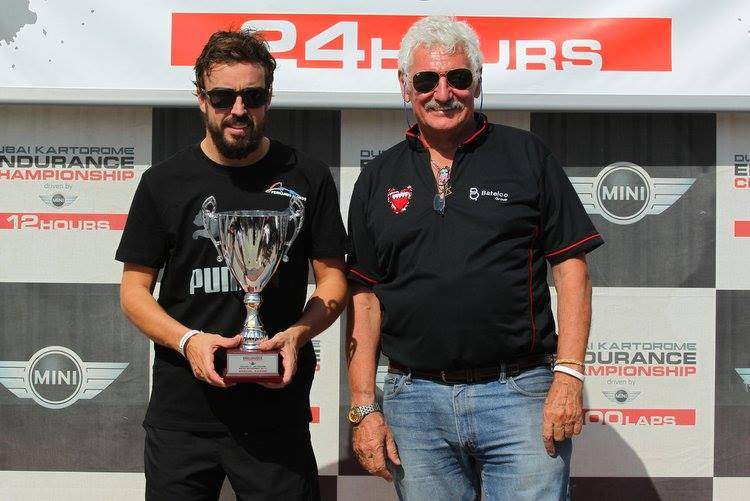 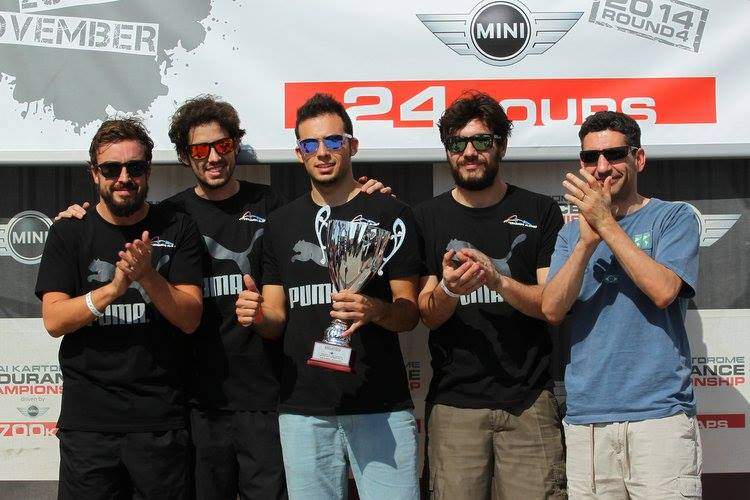 With Fernando Alonso set to race at the 2018 Daytona 24 Hours in January, as a possible prelude to a Le Mans foray later next year, it is fitting to recall the Spaniard’s first endurance race at the Dubai Kartdrome 24 Hours on 27-28 November 2014.

Alonso spends a great deal of time in Dubai, his home away from home, and is a regular visitor to the Kartdrome which is in close proximity to the Dubai Autodrome in Motorcity.

In 2014, after his spell as a Ferrari driver and prior to joining McLaren, the Spaniard showed interest in competing in that year’s well established karting endurance race at the Kartdrome.

It did not take long for Kartdrome’s David Bright to arrange an entry for the double Formula 1 world champion who roped in his race engineer Andrea Stella and a young Stoffel Vandoorne to partner him in the race.

The Kartdrome 24 Hours race has been running since 2005 and has attracted a number of famous drivers who compete in it with little fanfare, but take it seriously as do the international line-up of pro and amateur teams who gather each year to battle it out for top honours.

It is a tough contest where beating the established and regular teams is almost impossible. The beauty of the event is that the Sodi karts are distributed to teams via a lottery and are not allowed to be tweaked or serviced by the teams. Thus the race provides the most level playing field you are likely to encounter in this pure form of racing.

Alonso and his crew – entered as Team Puntonas – took the whole event very seriously, doing as much practice as permitted, training pitstops, working out strategy and getting into the spirit of things much like the other teams. Alonso himself was often at the pit wall signalling instructions and keeping a tabs on the all-important strategy.

Vandoorne was tasked with qualifying and immediately the team realised what they were up against when the Belgian driver ended the session 14th fastest. Notably around one second separated the top twenty on the grid of 29 karts.

In the race, the Puntonas team in the #27 kart were at one stage in fifth place on track, but at the end of a particularly grueling 24 hours had to settle for 11th.

A good effort for the ‘rookie’ team which earned them the Best New Team Award for their efforts. This was awarded to them by Jean Louis Hissette, father of the late Cristophe Hissette who won many endurance races at the venue.

Alonso, who drove a number of sessions during the night and also the final stint for his team, said afterwards, “It is a good event and very well organised, with some very good teams and drivers. I decided to enter the race and invited some of my friends, and we had a good time and also learned a lot about this type of racing.”

His Ferrari race engineer Stella, added, “This was a very good event, very well organised and a very high standard of driving for this type of karts. We learnt a lot not only about the driving style for these karts but also about strategy. It was a very enjoyable experience for all of us and we did better than we expected.”

Bright recalled, “Fernando requested to pay the full price for the entry fees and insisted that he did not want special treatment. He wanted his team in the race under the exact same conditions as his rivals.”

“He was very cool throughout the build-up chatting and posing for pictures with other drivers, but when it was time to practice or qualify or race it was serious business to him. It was good to see him hard at work arranging strategy and overseeing the driver stints on his team.”

“He allowed Stoffel and Stella to do the early stints, but when it got dark it was him in the kart for most of the time. He was clearly enjoying himself and, honestly, he was doing solid and consistent lap times – up there with the best in the field – and for that and the team effort they earned the Best New Team Award,” added Bright who also confirmed that Alonso is still a regular visitor to the venue.

Daytona and Le Mans are a far cry from the Kartdrome 24 Hours, but perhaps the weekend at the Dubai race may have piqued Alonso’s interest in endurance racing.