Ericsson: I deserve to be in Formula 1 next year 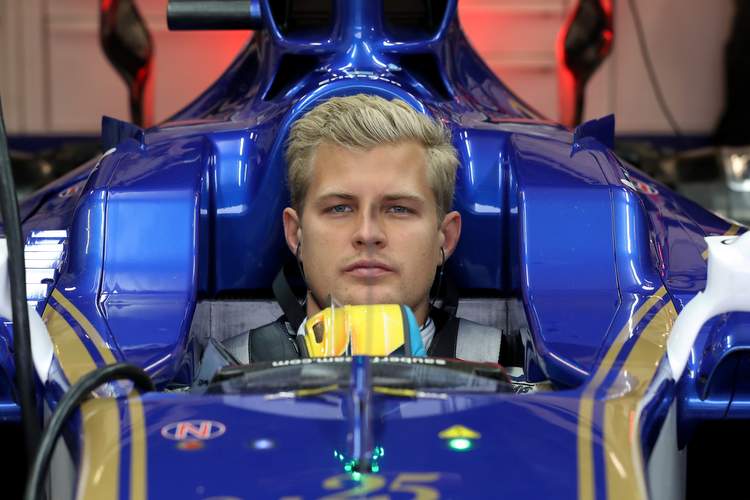 Marcus Ericsson is adamant that he deserves to be in Formula 1 but, despite his strong connections with Sauber’s new owners, the Swede does not have a contract for next year with the team.

Speaking to the official F1 website, Ericsson said, “I want to show that I deserve to be in Formula 1 next year. That is my aim. My management is speaking with the team and trying to sort out my contract.”

Sauber are likely to field one, if not two of Ferrari’s junior drivers Antonio Giovinazzi or Charles Leclerc. But as it stands right now the Swiss team have yet to confirm their driver line-up for next year.

Ericsson pointed out, “You can never be sure in F1 unless it is sealed and signed. And a good performance is the best underpinning of your ambitions.”

At the same time he explains that being in the back-marker team, with a year-old engine, makes it difficult to shine, “With the old power unit it is almost impossible for us to fight with the other guys, so my benchmark is Pascal [Wehrlein] and it is my first goal to beat him.”

“Secondly, if we can take the fight to other teams we will do so. But my main target is to beat Pascal, because all the people making decisions over the Sauber cockpits know that we are handicapped by the power unit and can hardly fight others, so it is a fight within the team: Marcus versus Pascal!”

“The power unit is a massive handicap. But also the car side is a bit difficult because the team has been financially pretty stressed in the past. And if you see how long it takes to recover from a low – we have other examples here in the paddock – it is not a surprise that we are where we are.”

“Yes, we had a number of updates and you clearly can say that it is moving in the right direction, but it takes some time.”

Ericsson is honest in appraising his own performance since he made his Formula 1 debut at the 2014 Australian Grand Prix, “F1 has been pretty tough for me. Out of my four years in the sport I only had one year with a competitive car. The other three years I have spent mostly at the back of the field – and that makes it tough, especially mentally.”

“I am a racer looking for wins and not making up the grid and fighting for P18. Yes, that is mentally challenging. But it is also one of my strengths – that I always keep fighting, always try to do the best in the situation I am in and not let the frustration take over. I always see the positive side in things and try to make the most out of it.”

“Believe me, it is so easy to let frustration take over and get negative – especially if you see that you come nowhere near the pace of the others. But as I just said, that is one of my strengths – to keep positive!”

He has yet to score points this year, and acknowledges, “It is disappointing. No question. I want to score points and fight for points every race weekend. But this year it has been more difficult than ever with the old Ferrari power unit.”

“The first half of the season was not a walk in the park and we knew that the second half would be even more difficult. The unfortunate thing is that we have not been more competitive in the first half.”

“It is what it is and we try at every race to maximise what we’ve got. And yes, even if I have zero points I can say that I have had some pretty good races and some good performances.”

Ericsson has not scored a point since the 2015 Italian Grand Prix and in four seasons, 73 starts with Caterham in 2014 and Sauber since then, has only managed to score nine points, while his teammates collectively have amassed 34 points during the same period.

Big Question: Does Marcus deserve another year in Formula 1?