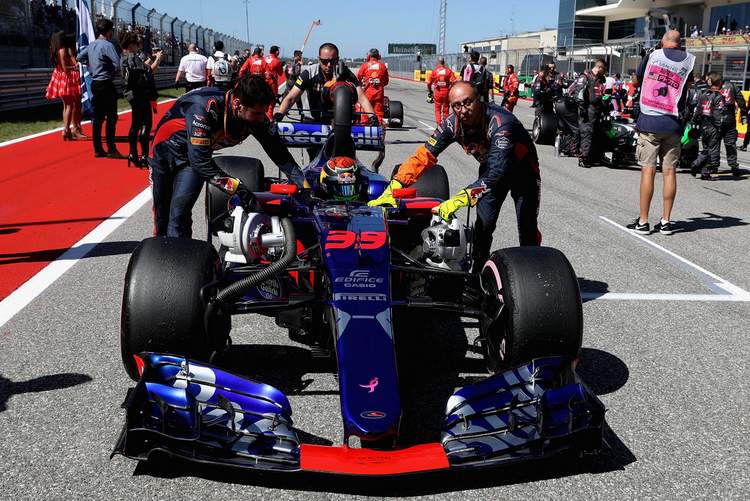 Brendon Hartley will keep his seat at Toro Rosso for this weekend’s Mexican Grand Prix while Pierre Gasly returns to the team, meaning that Daniil Kvyat is marginalised once again.

Hartley was drafted in for his Formula 1 debut at Sunday’s United States Grand Prix as Gasly took part in the season finale of the Japanese Super Formula, which ended up being a washout.

Kvyat, dropped after Singapore last month, was recalled to replace Carlos Sainz, who secured an early move to Renault.

Now Red Bull have decided to stick with Hartley, ditching the Russian once again.

The team announced in a brief statement: “Scuderia Toro Rosso’s Driver Line-Up for the upcoming 2017 Mexican Grand Prix will be formed by the following pairing: Pierre Gasly and Brendon Hartley.”

Red Bull are evaluating their driver options for Toro Rosso for 2018. Gasly is expected do a full season with them next year, but a second driver is also being sought as Kvyat appears to have run his course with the team.

Ironically, in Austin, Kvyat had a strong weekend finishing tenth and admitted afterwards that it was one of his best showings of the year. But clearly not enough to redeem himself.

Hartley made a solid, if unspectacular, debut for Toro Rosso. He qualified 0.8 of a second slower than Kvyat and finished 13th in the race.

Nevertheless he did enough to convince Toro Rosso that he is worthy of another outing, however it is not known if the New Zealander will drive in the two races after Mexico.