Inside Line: The boy who kicked the hornets nest 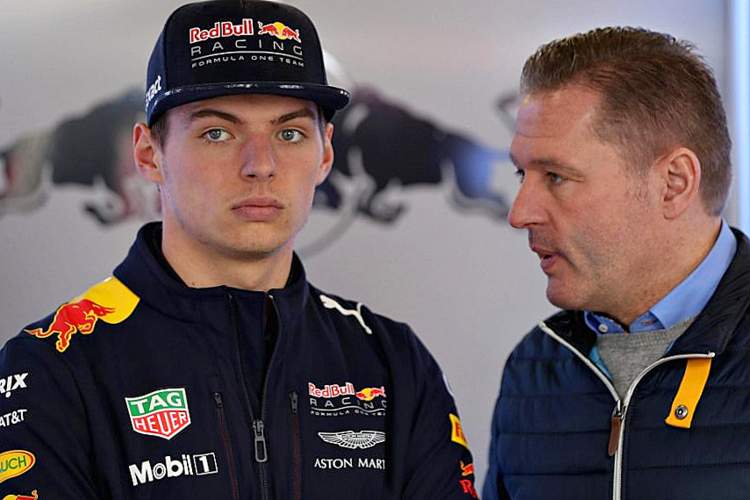 Seldom, if ever, do I write two Inside Line opinion pieces in one day but such is the heated debate regarding Max Verstappen’s antics, on Sunday at the end of the United States Grand Prix and in the aftermath thereof, that I feel compelled to do so.

I have made it clear that, from a sporting perspective, I believe the inconsistent stewarding during the race at Circuit of the Americas robbed the Red Bull driver of a deserved podium.

This is one matter which is totally separate from the reactions by Max and Jos in the aftermath of the race. In a nutshell they were both way out-of-line.

Granted, one could only feel for the youngster as he was forced to descend the stairs out of the pre-podium room after being informed he would not be celebrating his hard fought for third place.

Instead he was demoted to fourth after the race, stewards penalised him for gaining an advantage by cutting the track when he kerb hopped his way past Kimi Raikkonen’s Ferrari.

This is not in dispute, he did exceed the track limits and for a variety of reasons he was penalised while others committing similar offences during the race were not. That’s another story.

Had he simply gone to the media pen, hat in hand and shown how disappointed he was, without pointing fingers, he would have surely garnered a lot more respect and sympathy from everyone. He had already scooped the Driver of the Day accolade as voted by fans.

Instead he allowed his emotions to get the better of him and spewed forth harsh words that endeared him to few, and robbed himself of the higher ground he might have enjoyed for his inspirational performance on the day.

He made it personal when he had a blatant stab at FIA appointed race steward Garry Connelly, who by all accounts did not make the call. Allegedly it was race director Charlie Whiting who initiated the penalty according to Mika Salo also a steward on the day – but this is yet to be confirmed.

Irrespective of who, what and why the penalty was a done deal and irreversible.

And in the heat of the moment Verstappen let rip, “It’s just one idiot steward up there who makes the decisions against me. Also in Mexico. Now I get a five-second penalty and a penalty point, for what?”

Then he went on to fuel the fire when he declared, “I really hope next year nobody is coming, because like this, the sport doesn’t make sense.”

This was an immature way to try incite protest and foment the subsequent sh!t-storm.

Ultimately fans pay his salary and by calling them to boycott future races is akin to cutting off the nose to spite the face. An ill-advised comment which by all accounts, from Austin, has seriously p!ssed-off the powers that be, namely Liberty Media and of course the FIA.

In these situations Red Bull are best served keeping their young driver away from the media pen until he has been through a cooling down period, even risking a fine for no-show if need be. Which begs the question: Where were the Red Bull minders?

Whatever the case one can forgive the kid for his rant, after all he is 20 years old and some racing lads, who have spent more of their life in a kart than at school, can be granted some leeway for their undeveloped manners to vent themselves. He has an excuse: he is young and still learning.

On the contrary his father Jos has absolutely no excuse, he was totally misguided when he immediately fired off a series of Tweets condemning the stewards’ decision while taking a swipe at the FIA and Ferrari.

Only Max get,s a penalty when he cross the line Nobody else the hole weekend

What was Verstappen senior thinking? Was he thinking at all?

Max races for the Red Bull team, no longer for his father as he did for so many years. Jos does his son no favours by attacking officialdom, and a team his son may one day drive for, in such a manner. His almost constant presence behind-the-scenes, while milking his son’s success is increasingly uncouth.

But he was not finished, next he threw a grenade into the fire when he told Dutch media, “I just had contact with Mika Salo and he said it was a decision by Charlie Whiting. If so, then he should be fired immediately.”

Nasty stuff from Daddy Verstappen behaving like a soccer Dad on steroids, but not unexpected, increasingly his son’s own worst enemy.

Truth is Max will be in Formula 1 for a very long time, he has a massive future in the sport. There will be incidents like these from time to time. Overreacting in this manner does him no favours whatsoever.

Going to war with the FIA, while taking a swipe at everything Liberty Media is trying hard to build, is a case of taking on a fight he cannot win.

Whether we find out or not (a great deal happens behind the scenes in Formula 1 that few know about) it is sure that neither the FIA or Liberty Media will let this matter rest. The Verstappens will be spoken to, behind closed doors or not, they will be made accountable and probably chastised.

Officials cannot do much about Jos’ presence apart from denying him credentials to enter the paddock and pits, not a bad idea to oust the bad apple.

But they must do something to make Max accountable for his over-the-top reaction, which in my opinion is far more worthy of a hefty penalty than the one he incurred in the heat of battle. The kind of fine of sorts that will make him think twice before shooting his mouth off.

Borrowing the title for this piece from Stieg Larsson, it will be interesting to see how Formula 1 and the FIA deal with ‘the boy who kicked the hornets nest’ and his father… will the hornets sting? Watch this space!

Big Question: Were the Verstappen’s out of line in the way they reacted after the US GP?