Horner: They didn’t even listen to Max’s argument 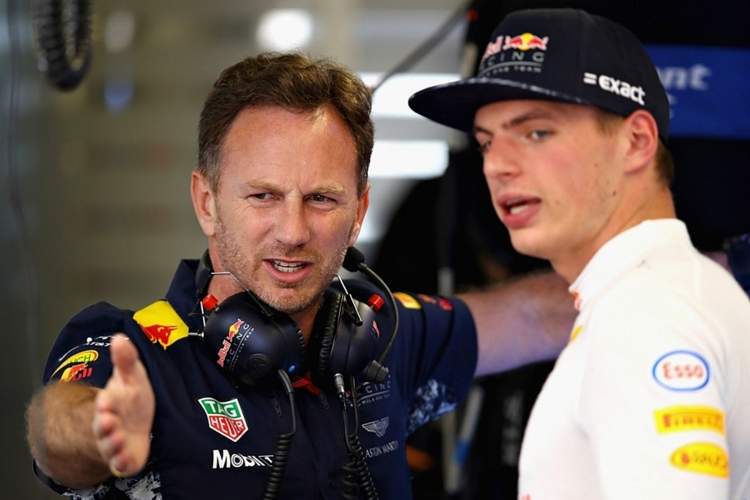 Horner avoided revealing names, but pointedly made it clear that one of the stewards involved in the widely-criticised decision taken at the Circuit of the Americas was involved in a similar episode at last year’s Mexican Grand Prix, which also involved Verstappen.

The young Dutchman, 20, who on Friday confirmed he had agreed a contract to stay at Red Bull until 2020, was given a five seconds penalty after a thrilling late passing move on Kimi Raikkonen of Ferrari, saw him drive briefly off the track at the final corner of the last lap.

Horner said the penalty was “unbelievably harsh” and recalled that he had been told last year in Mexico that drivers would be given a right of reply in future if there was another similar incident.

He said that they were not allowed this in Austin and had no right of appeal, “They said that they’d listen, look at all the facts, listen to the drivers and then make a decision. What’s happened? They’ve made an instant decision and I think it’s a shocking decision.”

“They didn’t even listen to Max’s argument. In other instances, they would have had the drivers in and listened to both sides. Maybe they would have come to the same conclusion, but at least give them the right of reply.”

Horner also defended Verstappen for his post-race rant about the stewards in which he blamed one “idiot steward” and claimed such mistakes would kill the sport.

“He has the right to express himself and in any sport emotions run high – that’s what sport is about,” said Horner. “If he’d said he was happy with that decision I’d be amazed.”

Horner added: “Consistency of stewarding depends on the stewards you get on the day…. F1 is still immature in this country. It’s a big race and with the lack of consistency in the decisions I should think all the viewers and the fans watching didn’t understand.

“Even Kimi Raikkonen didn’t understand why he was on the podium and not Max. “Where do you gain an advantage and not gain an advantage? The race director was quite clear he had no issues with track limits.”

The stewards at Austin were Radovan Novak, Mika Salo and Garry Connelly, the latter also involved when Verstappen was demoted from third to fourth in Mexico last year.